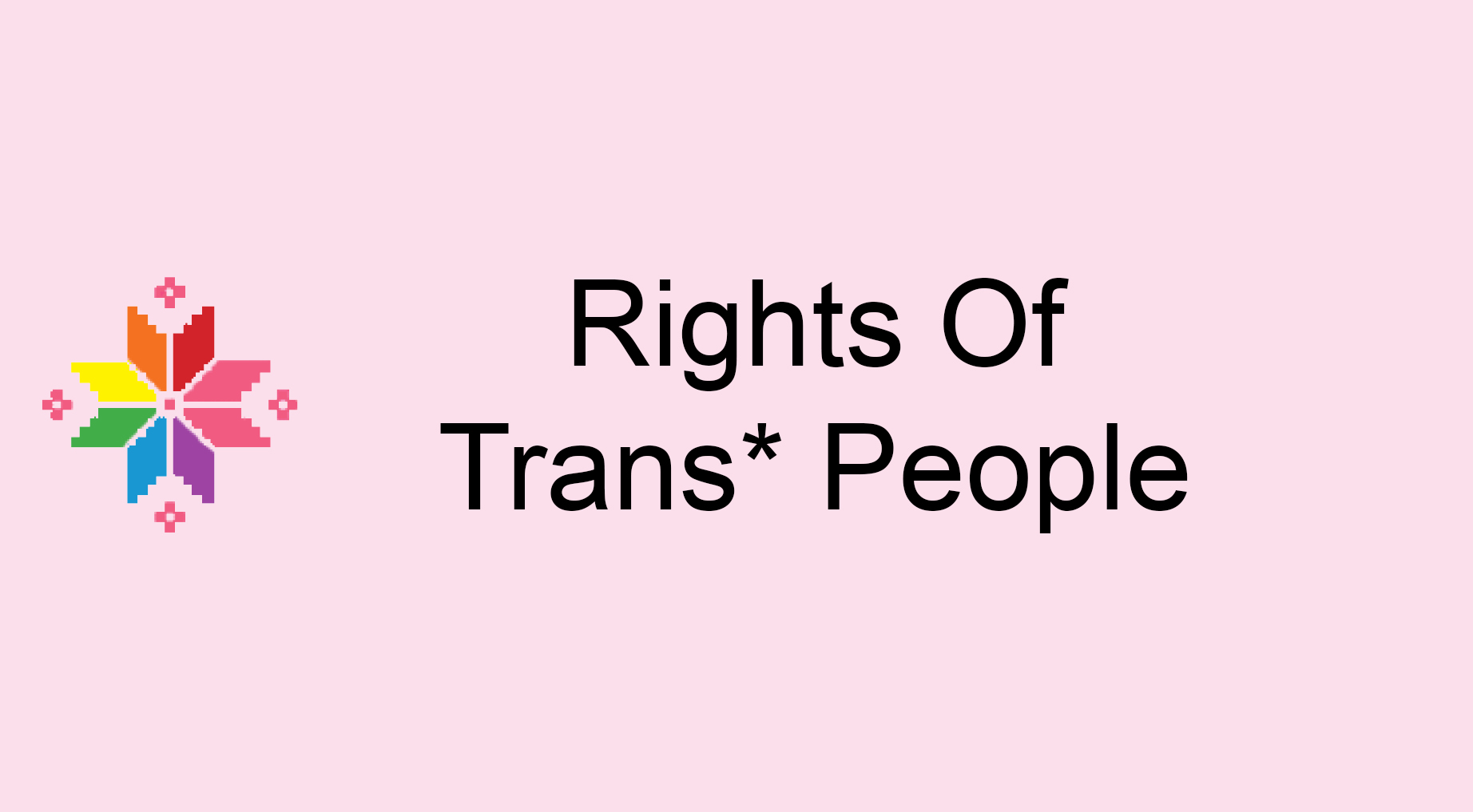 Trans* people in BiH are discriminated against in all areas of life on the basis of their gender identity and gender expression, and they are faced with a legal vacuum in terms of legal regulation of sex change.

Trans* people in BiH can only change the sex marker in their official documents after they have completed medical transition. These procedures are regulated in the laws on the Registry Books at entity level and in Brčko District and through the internal rules of the ministries of health and ministries of interior of the entities and Brčko District. This change is done according to the procedures set up in the ministries of health, which check the documentation brought from abroad and ministries of interior which then retract the old Unique Master Citizen Number, issue a new one and issue a decision on the basis of which the person can proceed to change the rest of their documents. The lack of medical and financial support for transgender persons makes this already lengthy process even longer and more difficult. Both the endocrine therapy and the surgical procedures have to be undergone abroad, because they cannot be performed in BiH, and the cost is not covered by the state-funded health insurance. That means that each individual has to burden the costs of their transition and the auxiliary costs that are inherent with specialist treatments abroad.

If we consider that there are long waits for sex reassignment surgery and that prior to it, a person needs to undergo hormonal therapy during which their body changes and develops the characteristics of the other sex, this leads to a discrepancy between how the person looks and the information about their sex in their official documents. This practice leads to discrimination and inequality of trans* individuals and it forces them to constantly explain their gender identity, reveal personal information and have their medical documentation with them all the time during the most mundane moments of their life like taking classes and sitting for exams, paying by card in supermarkets, visiting a medical institution, crossing the border, identifying themselves to a person at a state institution and during a job search. The fact is that in addition to the prohibition of discrimination on the ground of gender expression the majority of trans* individuals in transition have difficulties securing employment and are pushed to the very edge of survival.

It is imperative that BiH, its entities and Brčko District regulate the legal aspects of sex change so that they recognize the particular vulnerabilities of trans* persons undergoing transition and to explicitly regulate the rights and freedoms of transgender and transsexual persons. These laws need to systematically and comprehensively regulate the procedures of changing one’s name, sexual identification in the birth certificate and Unique Master Citizen Number in all personal documents, and they need to enable trans* persons to change their sexual identification while still undergoing transition, without waiting to complete all the medical aspects of transition, in order to prevent their additional discrimination and marginalisation. In addition to these laws, it is necessary to introduce rules that would regulate the procedure of getting the necessary medical documentation and the procedure for the bodies and commissions issuing opinions on the changes of sex marker in the Registry Books and the Unique Master Citizen Number.

In April 2017, in the case of A.P. v. France, the European Court of Human Rights decided that the sterilization requirement imposed on trans* persons as a condition for legal recognition of gender constitutes a violation of human rights, specifically Article 8 of the Convention for the Protection of Human Rights and Fundamental Freedoms. This decision is a great step forward in the protection of trans* human rights and is the basis for all countries in Europe to amend their legislations so as to enable full respect of human rights of trans* persons, particularly in the context of the right to gender recognition and the right to bodily integrity.

Another decision from 2017 which respresents a significant progress in human rights is the decision of the Government of Sweden according to which all trans* persons who had been forcefully sterilized are to receive compensation of damages.

The most recent European Commission Progress Report for Bosnia and Herzegovina recognizes the fact that transgender persons remain marginalized and that nothing has been done to simplify the sex marker change procedure so as to encompass the persons living a different gender identity without having completed the full medical transition.

ECRI, in its third report on Bosnia and Herzegovina, also recommends that the authorities should regulate the procedure and the conditions for sex change in accordance with Council of Europe guidelines. The guidelines encourage the member states, including BiH, to make possible the change of sex marker in documents based on life with a different gender identity.

The necessity of harmonizing identification documents with appearance became clear through the research entitled: Life outside of norms: Transgender in BiH, which was conducted by Sarajevo Open Centre in 2015. From the total number of trans* persons who participated in this research, 30% of them had faced problems relating to identification documents (ID card, passport, University ID, Health Insurance ID, etc.). All the participants were faced with problems when trying to get new identification documents and also when identifying themselves to healthcare providers and when they were crossing the border. For the majority of them finding a place to rent was a challenge (75%), as was proving their identity at educational institutions and during the process of employment (50%).

88% of participants replied that if there were a legal option to change the sex category on their personal documents they would use it.

In 2016 Sarajevo Open Centre was contacted by five and in 2017 by two trans* persons who inquired about the possibility of changing the sex marker in their personal documents. Unfortunately, none of them could change it, because they had not undergone complete medical sex reassignment.