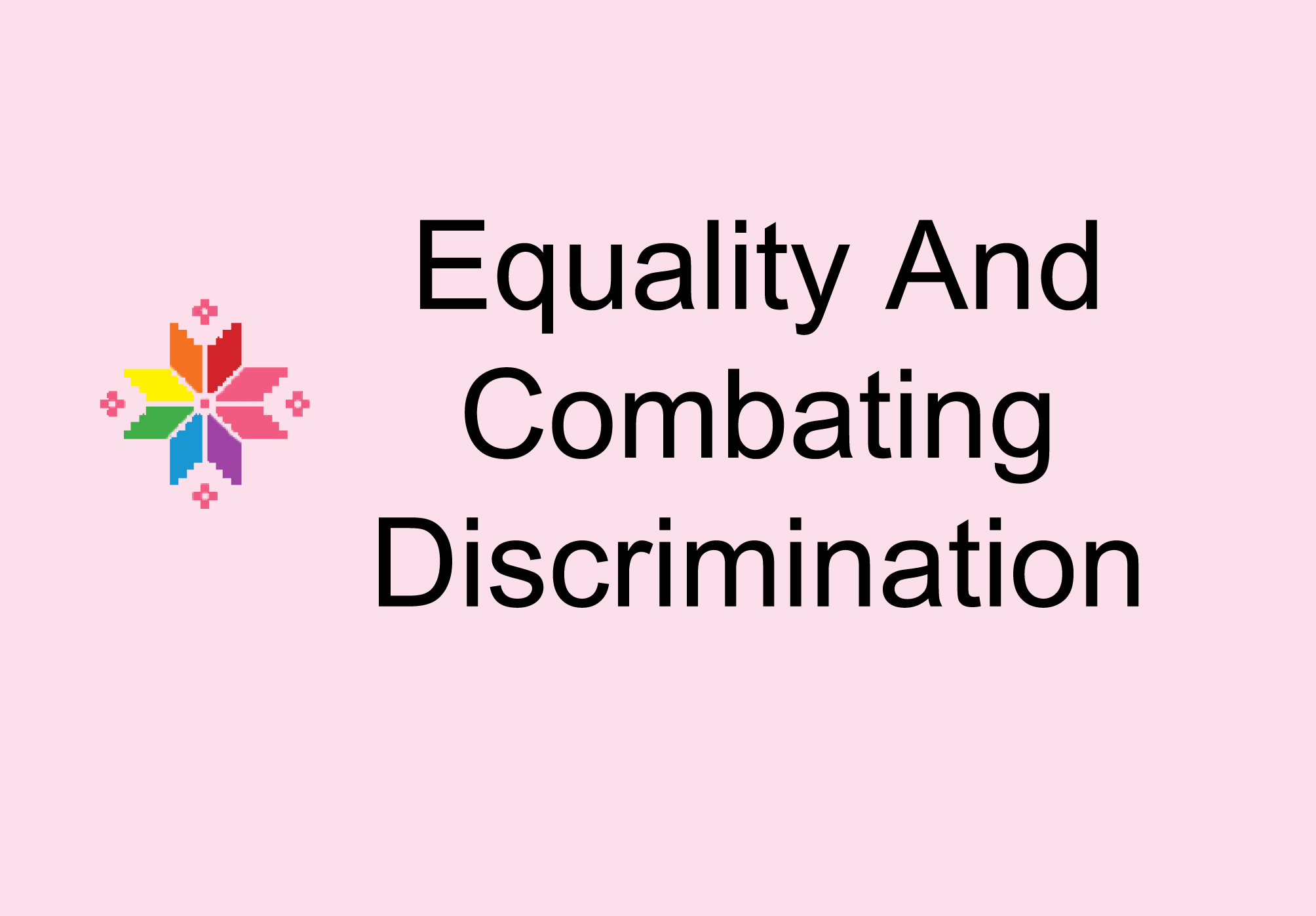 Art. 2 of the Constitution of BiH prohibits discrimination on different grounds. Unfortunately, sexual orientation, gender identity and sex characteristics – the grounds important for LGBTI people – are not included in the exhaustive list of protected categories.

Although there is an obligation to harmonize all laws with the Anti-Discrimination Law, many laws at the state, entity and cantonal level do not include sexual orientation, gender identity and/or sex characteristics as the grounds protected from discrimination. It is of particular concern in the context of LGBTI human rights that laws on labour and employment, social and health insurance, inter alia, provide for a much more restrictive list of characteristics protected from discrimination than is the case with the Anti-Discrimination Law of BiH.

Institutional framework for protection from discrimination is still extremely weak. Information on discrimination is neither being collected nor analysed. The Ministry of Human Rights and Refugees of BiH still has not established a database (a task it was meant to complete within 90 days from the passage of the Anti-Discrimination Law in 2009). Judicial practice has demonstrated that the Courts are not the most efficient way of addressing issues of discrimination, because it can take as long as three years for the cases to be ruled on. Research shows that LGBTI persons do not trust the legal system and that institutions are not trying very hard to gain their trust.

Judges and prosecutors across the country receive very little or no training on the BiH Anti-Discrimination Law. The biggest problem is the lack of mandatory formal training for judges and prosecutors on LGBTI discrimination and rights. Without the trainings organized by civil society there would be no education on LGBTI people’s rights. In 2016 Sarajevo Open Centre trained 20 judges.

In September 2016, the BiH Institution of Human Rights Ombudsman published a Special Report on the State of LGBT Rights in Bosnia and Herzegovina. The aim of the report was to analyse the current state of affairs and the actual level of access to human rights available to members of LGBT community, to inform the competent bodies on the measures they need to take to improve the position of this population, and to raise the awareness of citizens in Bosnia and Herzegovina and inform the public about the degree to which LGBT rights are exercised. The starting point for the report were international human rights standards, UN bodies’ recommendations, the UPR and regional human rights protection mechanisms.

The conclusion of this special report brings a range of recommendations provided by the Ombudsmen in various areas. They state that the holders of public functions should be more open in protecting LGBTI citizens both in cases of incidents and generally, as we still live in a relatively conservative society strongly influenced by religious organizations. The report states that, according to knowledge of BiH Ombudsmen, there have been no cases of discrimination on the ground of sexual orientation which ended up in court. The Ombudsmen especially pointed to the fact that “the right to freedom of assembly means not only the passive attitude of the state towards peaceful gatherings, but a proactive role reflected in protection provided to groups exercising their right to peaceful assembly and securing the gatherings expressing views of certain groups that some other groups find inappropriate or unacceptable. In this context, the police and criminal prosecution bodies should be additionally trained and sensitized to work with LGBT community in order to achieve a higher degree of tolerance and safety.” Specific recommendations have been issued to police agencies in Bosnia and Herzegovina. The problems in the judiciary have been addressed and appropriate recommendations provided for the Hugh Judicial and Prosecutorial Council of BiH and the entity Judicial Training Centres primarily focusing on the continuous training of the judicial staff. Furthermore, recommendations have been issued to competent ministries of justice and all penitentiary institutions that they should, in cooperation with the Institution of Human Rights Ombudsman of Bosnia and Herzegovina, draft a comprehensive training programme for prison officers and initiate the drafting of the Staff Manual on LGBT topics. Another recommendation was for all public broadcasting services as well as all media outlets, print and electronic media in BiH to work on awareness-raising and promotion of LGBT rights with the goal of making the public more sensitive and aware of their rights. The Ombudsman Institution recommended to political parties to introduce into their programmes the topics of protection from discrimination on the grounds of sexual orientation or gender identity. The recommendation for law schools was to make an analysis of textbooks used in studies in order to ensure that homosexuality is treated as a natural variation of sexual orientation, not as deviation or illness. Clinical centres and hospitals in BiH were recommended to systemically and continuously train their medical staff to monitor the transition process of transsexual persons and provide necessary medical assistance, and to undertake measures to ensure medical staff capable of carrying out the entire sex reassignment process. There are other recommendations in the report, among which the suggestions to amend certain laws to regulate same-sex partnerships and to simplify and facilitate the legal change of sex marker and personal documents.

In 2016, Gender Equality Agency of BiH, Gender Centre of Republika Srpska and Gender Centre of the Federation of BiH provided significant support to equality of LGBTI persons; in their annual 2016 Gender Action Plan Operational Plans, they included specific measures related to LGBTI rights. The three institutions cooperated with Sarajevo Open Centre on needs mapping with regard to the Recommendation CM/Rec(2010)5 of the Council of Europe to Member States on Measures to Combat Discrimination on Grounds of Sexual Orientation or Gender Identity which resulted in the introduction of specific measures into annual operational plans of entity governments and the Council of Ministers of BiH.

In April 2016, the Council of Ministers of BiH adopted a one-year Anti-Discrimination Action Plan which includes six measures having the aim of improving LGBTI human rights.

The successful advocacy of civil society organizations resulted in the commitment of the Ministry of Human Rights and Refugees of BiH to work on human rights and anti-discrimination strategies. Both strategies should include issues related to LGBTI rights and the working groups drafting them involve civil society representatives. Although it was planned for both strategies to be finished by the end of 2016, there has been no progress in this regard by April 2017 other than the few initial meetings. The Ministry did not provide any information to working group members as to the future work plan or activities.

In the end of 2016 and beginning of 2017, Gender Equality Agency started working on the establishment of the working group for the development of an Action Plan to Improve LGBTI Equality. However, at the time of finalising this report, the entities still have not appointed their representatives to this working group and the process is therefore pending. The drafting of this Action Plan was also stipulated by the Ministry of Human Rights and Refugees of BiH in its BiH Anti-Discrimination Action Plan.

Family laws in the Federation of BiH, Republika Srpska and Brčko District define marriage and civil partnership as a union between women and men. However, the judicial practice of the European Court for Human Rights directly binds BiH, as a Council of Europe Member State, to expand its legislation so that it recognizes the rights (and obligations) arising out of same-sex partnerships. The opinion of the Court is that same-sex couples who are in stable, de facto, relationships are protected by Article 8 of the European Convention on Human Rights and Fundamental Freedoms. Unfortunately, there were no attempts to legally regulate life partnerships of same-sex couples at any level of government in BiH.

In January 2016, the company that Sarajevo Open Centre worked with refused to put up posters announcing the Merlinka Festival. Sarajevo Open Centre instituted a court case for discrimination on the ground of sexual orientation in the provision of services. In 2017, the preliminary hearing took place and the main trial and further proceedings are expected.