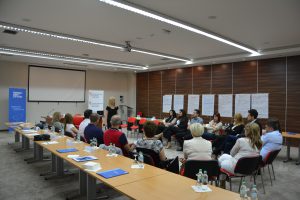 Following issues were discussed on the third module of the Equality Academy 2017:

– Lectures+workshop: Creating a plan, measures and activities for integration of gender equality principles on local level in every workfield:

The programme of the third module of the Equality Academy is available here.