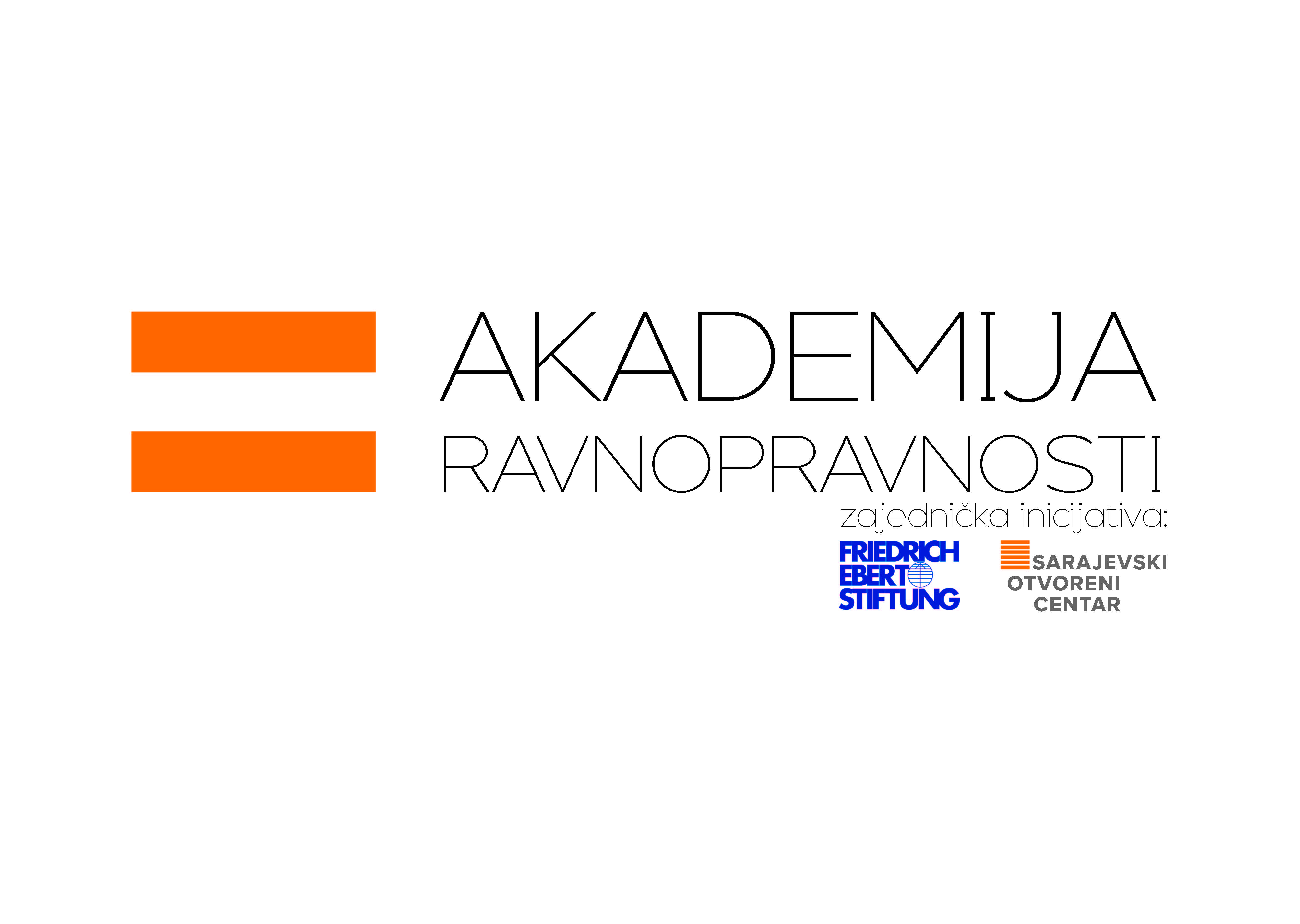 For application to the Equality Academy 2016

Deadline for application is February the third 2016.

who are interested in strengthening their capacities and in identification and implementation of concrete solutions in order to improve gender equality and position of underprivileged groups in our society.

The Equality Academy is consisted form four modules. Every module lasts for three days. Three of these modules are dedicated only to the Bosnian participants, fourth module will be a regional event, with the participation of politicians from neighboring countries.

First four modules are consisted from lectures, workshops, discussions and meetings with representatives from civil society organizations. Lecturers have experience in political practice, but they are also members of international organizations and NGO organizations from BiH and region. Fourth and last module is a study visit to Zagreb within which participants will be able to exchange experiences and information with the representatives of Croatian Parliament, Government, and independent bodies and organizations.

Modules of the Equality Academy will take place in:

Organizers of the Academy will pay for accommodation, food, refreshment and costs of participation on the Academy. Travel expenses should be paid by the participants themselves.

Application (word or PDF file) should be consisted from a) a short biography (up to three pages) b) short motivation letter (up to two pages) which contains information how will you use knowledge and acquaintances made on the Academy. In application must be c) contact phone number d) e-mail address, e) from which party and party organ are you coming f) are you representative in legislative power, or are you performing the function in the executive power of cantons, entities or state level.

If there is a bigger number of applications the organizers will make an election of participants considering gender, party and regional representation. Selected participants will be informed about it until February the eighth.

Sarajevo Open Centre (SOC) advocates the full respect of human rights and social inclusion of LGBT people and women. Sarajevo Open Centre is an independent, non-partisan and non-profit organization that empowers LGBT (lesbian, gay, bisexual and trans*) people and women through community and movement building. SOC also promotes the human rights of LGBT people and women publically and advocates on national, European and international level for improved legislation and policies in Bosnia and Herzegovina. More about SOC you can find on web page www.soc.ba.

You can download a PDF version of a public call here.