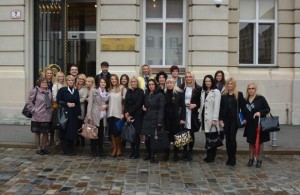 Through Equality Academy programme, Friedrich Ebert Foundation and Sarajevo Open Centre are trying to make a new platform for political leadership and space for joint actions of representatives, leaders of political parties and civil society organizations.Two modules of the Equality academy and the study visit are already behind us, third module will be held in November.

From 12-14. Ocober participants of Equality Academy were visiting Zagreb. The focus of this study visit was on getting to know the process that led Republic of Croatia to the EU integration, but also on the introduction of the work of Croatian institutions in the field of gender equality. During the study visit participants had the opportunity to visit the Croatian Parliament, the Ombudsman for Children Office, Human Rights House, and the Ministry of Foreign and European Affairs

Within the study visit participants were discussing about:

Equality Academy programme aims to build the capacities of political leaders in gender equality field and in creating and implementing equality policies of underprivileged groups in Bosnia and Herzegovina, in order to advance human rights of citizens in Bosnia and Herzegovina and to strengthen the cooperation between decision makers and representatives of civil society organizations in BiH.

Participants of Equality Academy are representatives of Parliaments on cantonal, entity and state level, members of parliament parties’ bodies, advisors of political leaders and Ministers on cantonal, entity and state level, who are interested in strengthening their capacities in the fields of identification and implementation of concrete solutions in order to improve gender equality and position of underprivileged groups in our society.

You can find the agenda of the study visit on the following link.