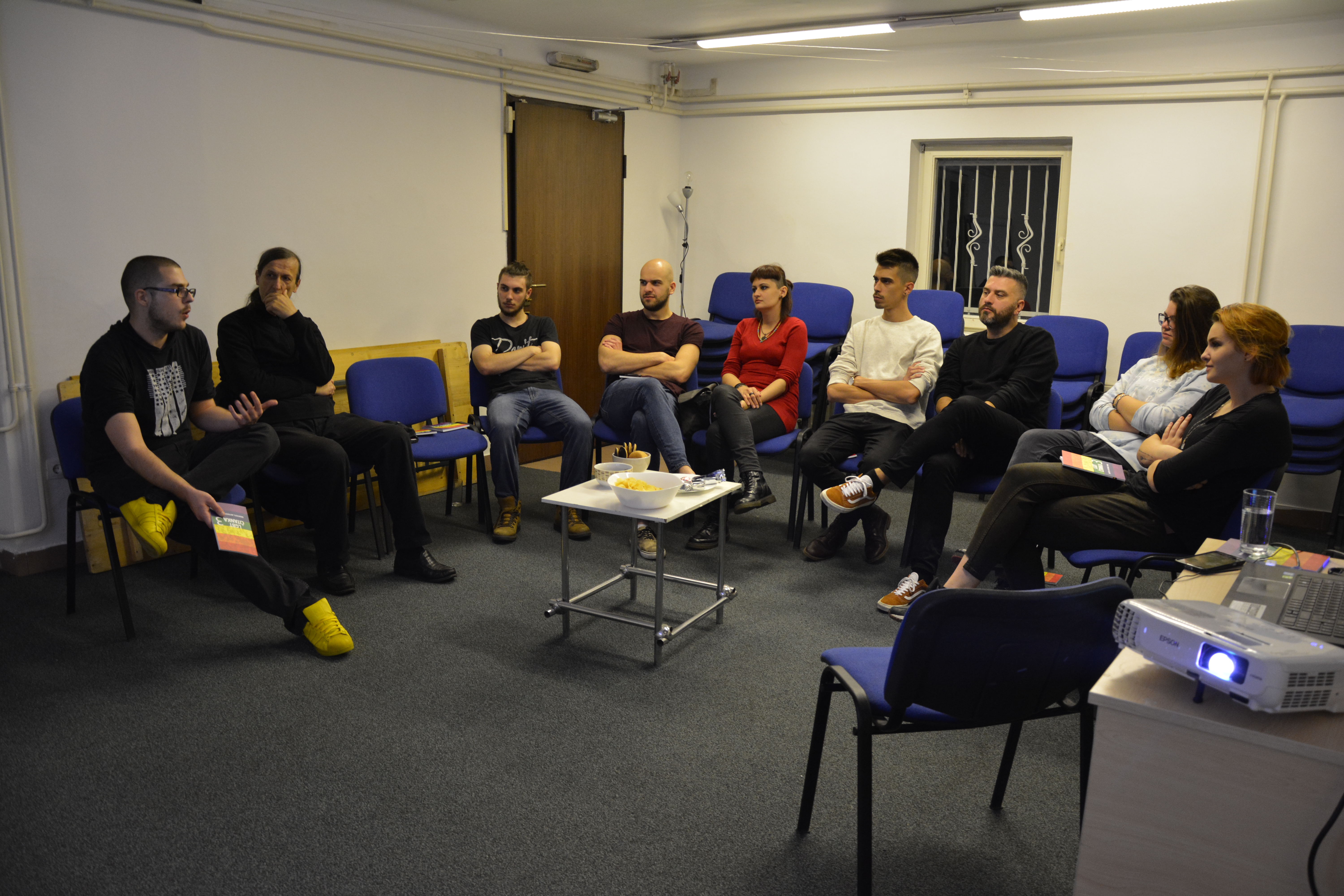 Throughout work with LGBTI community, we got an impression that one of the biggest problems of LGBTI community in Bosnia and Herzegovina is that they are insufficiently informed.

That is the reason why we organized a special event focused on a historical perspective of LGBTI topics, and also a chronological development of formal and informal LGBTI activism in the world and in our country.

The concept of this event was followed by chronological development of history and parts of it were building on one another. From Paleolithic cave paintings, to modern tendencies in the LGBTIQ movement itself.

Especially emphasized were periods of significant changes for LGBTI community in a cultural sense. One of these periods was also a Stonewall Riot that occurred on 28th of June 1969. It started on the trail of student’s protests in the whole world and it initiated unstoppable fight for human rights of lesbians, gays, bisexual and transgender persons. We also had to recalled serious harms that affected our LGBTI community, such as Holocaust, the epidemic of HIV infection in 80s and 90s in 20th century.

Throughout this evening event we were interactively exchanging information and opened a discussion on religious perception of LGBTI persons in history.

After a formal presentation of information that we gathered, we continued our conversation based on topics that affect the community. The main emphasis was on the issues that transgender people are faced with, because medical service for transgender persons is practically not available in our country, and difficult social situation makes transition unreachable.

After all, we had a reason to conclude that situation is changing in a positive direction on a dialectic plane, irrespective of all obstacles, it is realistic to expect better position of LGBTI persons worldwide, and in our country.