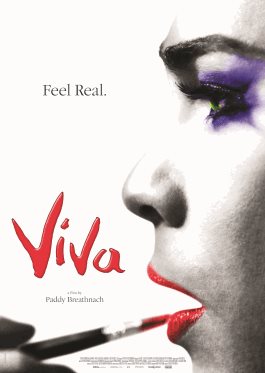 As a part of the cycle QultURA organized by the Sarajevo open centre at the end of february we had screening of the entertaining and educational movie ”Viva”. Venue for the event was Art cinema Kriterion. We had the oportunity to watch this motion picture about drag performer Hesus as he starts his drag queen career just before his father comes back in his life, even though he left him when Hesus was just a baby.

The father is an alcololic and he tries to stop Hesus from doing drag. In spite of this situation Hesus is able to find the way for his passion to come out.

This is an excellent movie which allows us to see the, somewhat isolated, Cuban LGBTI scene and this picture was in the narrow selection for the foreign language category nomination in this years academy awards.

”Viva” is Hesus’s name as a performer and he masters his performance fast, attracting large crowds in Havana.

This movie shows the struggle of the young gay man in poor Caribbean country, far away from the shiny places such as New York, San Francisco, Barcelona or Berlin…

For that reason this movie is more interesting and more important peace of art!