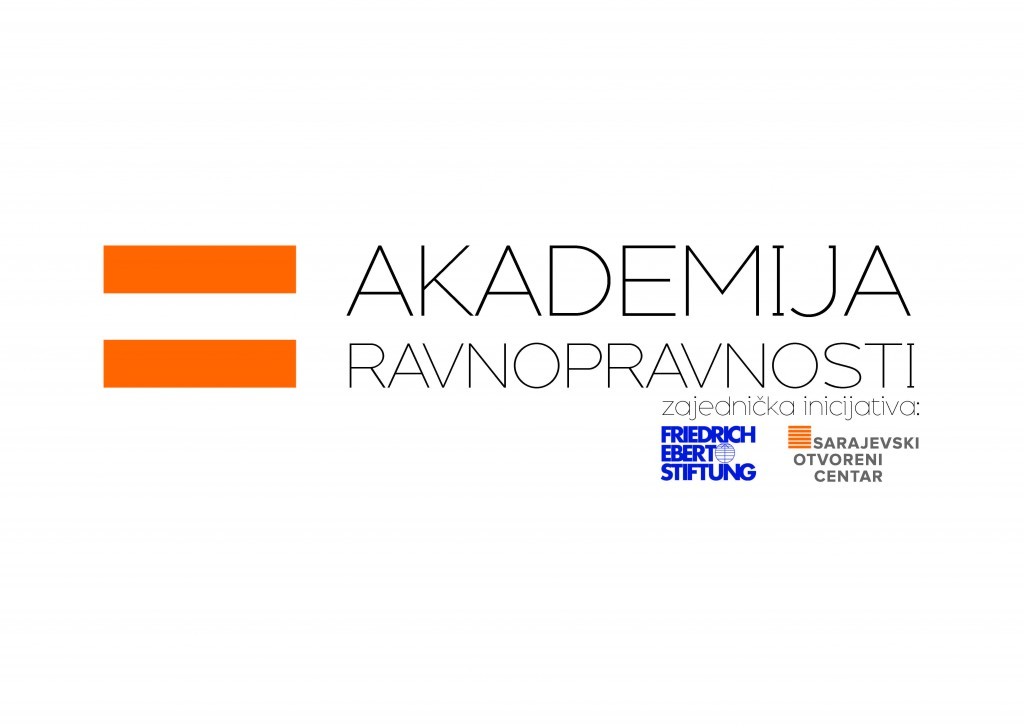 By initiating the Equality Academy, Friedrich Ebert Foundation and Sarajevo Open Centre have created a new platform for political leadership and a space for joint action of Members/Representatives in the parliaments in B&H, leaders of political parties and civil society organizations.

This year’s Equality Academy started in February. The first module, which was called Policies for Gender Equality, took place in Sarajevo, and you can find more about it on this link.

The Second module, which is named Feminism for Everyone will take place in Banjaluka from 18-20 March. Each of the four modules, including this one, lasts for three days, and is made up of lectures, workshops, discussions and meetings with the representatives of the civil society organizations. At the beginning of this module, Mirjana Lukač, the Directress of the Gender Centre of Republika Srpska will deliver the opening speech. The moderator of this module will be Duška Jurišić, one of the most prominent media personalities in BiH.

On the second module of the Equality Academy the following issues will be discussed:
– What is Feminism and why is it important for us?
– The role of men in achieving gender equality;
– Patriarchal models: the woman, the mother, the queen;
– How to transfuse feminist principles into concrete public policies
– What kind of change do we want: gender responsible budgeting
– Equality of LBGT persons: What is the issue?

The Academy aims to strengthen the capacity of the leaders in the field of gender equality and equality policies addressed at the underprivileged groups in B&H, in order to advance the rights of citizens of Bosnia and Herzegovina. Besides this, the Academy aims to strenghten the cooperation between the decision-makers and the representatives of the civil society organizations in B&H.

The participants of the Equality Academy are MPs on the cantonal, entity and state levels, members of the parliamentary party bodies, advisers to entity level Ministers, who are interested in strengthening their own capacities and in working on identifying and implementing the specific solutions that will improve gender equality and the position of the underprivileged groups in our society.

The Agenda of the second module of the Equality Academy is available in the B/C/S version here.