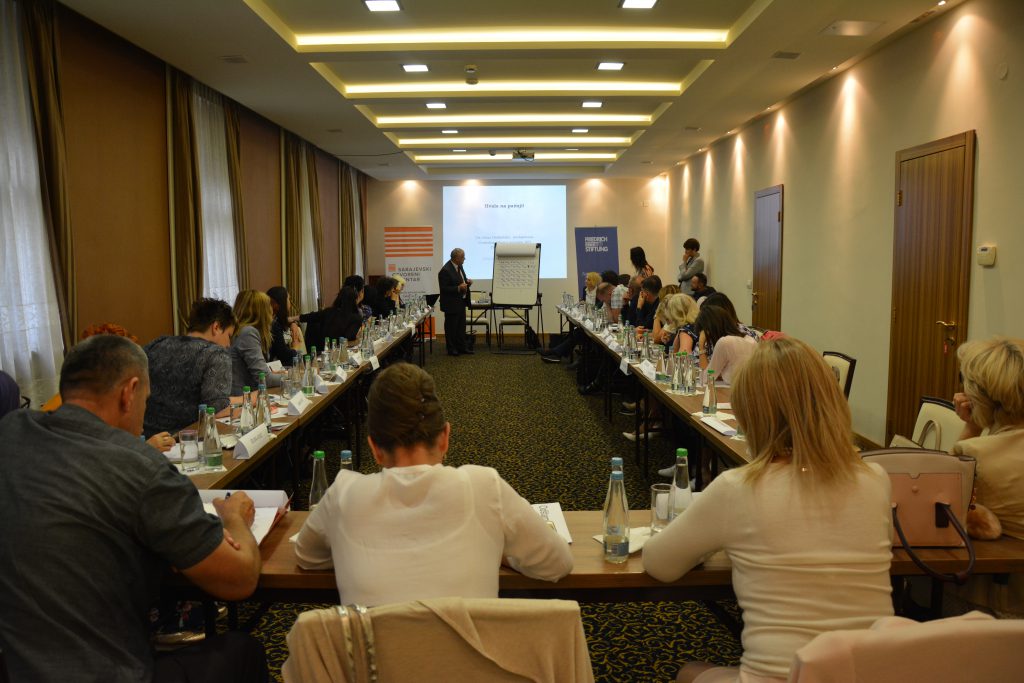 The Friedrich Ebert Foundation and Sarajevo Open Center, launching the Equality Academy, aimed to create a new platform for political leadership and the space for joint activities of the leaders of political parties and organizations of civil society in BiH. The fourth generation of the Equality Academy is intended for the councilors of municipal /city councils of municipalities/ cities in BiH, heads and chiefs, advisers of mayors of municipalities in BiH, and members of political parties who are interested in strengthening their own capacities and working on identifying and the implementation of concrete solutions that will improve gender equality and the position of disadvantaged groups in our society. You can find here who are the participants of the fourth generation of the Equality Academy. The Equality Academy in 2018 has four modules, started in May, and will last until November 2018.

The first module of the Equality Academy 2018, entitled Gender Equality Policy, was held in Sarajevo from 18-20. May 2018. Each module of the fourth generation of the Academy of Equality lasts for three days, and consists of lectures, workshops and discussions. The focus of this module was to point out the basics of gender equality in BiH.

On the first module of the Academy of Equality, we discussed the following issues:

Lecturers on this module were prominent experts for gender equality: Samra Filipović-Hadžiabdić, Director of the Agency for Gender Equality of BiH; Saša Gavrić, Gender Equality Expert and one of the founders of the Sarajevo Open Center; Irena Hadžiabdić, Chairman of the Central Election Commission of BiH and Suad Arnautović, Central Election Commission of BiH. The moderator of this module, as well as the lecturer on the topic Public Speaking Through Theory and Practice, was Aleksandar Hršum.

The program of the first module of the Equality Academy 2018 is available on B/H/S on this link.