LOOKING INTO THE PAST AND HOPING FOR THE FUTURE 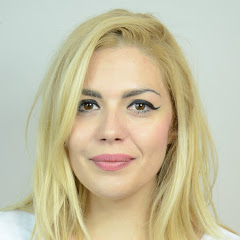 I am one of those people easily affected by the passage of time. I feel ambushed by each birthday, each anniversary makes me pensive. I was stunned when Emina Bošnjak told me during one of SOC’s community events that SOC will be celebrating its tenth anniversary at the end of 2017. I didn’t really think about the longevity of SOC, nor did I take note of how quickly time has passed. SOC could have been founded yesterday for all I knew. In my mind it has been here forever, and the years simply flew by me, unnoticed. Ten years is an entire era.

I will briefly go back to the fall of 2010 when I first started working with SOC. One day I got an email from Saša Gavrić. He introduced himself and proposed we meet up for drinks so we could discuss our potential collaboration. Back then, as a young journalist I mostly covered stories related to culture, but I had started writing about human rights, especially the rights of women and the LGBTI population. We met up, had a few drinks and talked. And that was it. Never before or after did I have such an easy time striking up a collaboration. It’s the longest and the most fruitful collaboration on my CV. And it’s still going strong. Now, after ten years of work, I have been given the honour to serve as editor for a publication commemorating the tenth anniversary of SOC.

It’s hard for me to look at SOC and its team from a strictly professional point of view. Many of them are my friends, people I can trust. We get to share many things – from frustrations related to our activism and advocacy work, problems with cats we pick up on the street and foster until they are adopted, to protesting on the streets of Sarajevo for our human rights. SOC has never been just an NGO that pays for my services, but rather a group of people with whom I go out for coffee and drinks, dance, discuss new ideas and projects and talk about the situation in our society. SOC is one of those tiny cracks in our dark social reality that lets in light. Their dedication and effort to achieve their goals is an example to us all.

I also have to mention their meticulously fostered, impeccable professional standard. It is rare to find such professionalism and dedication in a society plagued by mediocrity and lacklustre (at best) efforts in all spheres of life – from cleaning one’s own backyard to adopting policies. Rarely do we take to the streets and march in protest, yet SOC is one of the rare NGOs that gives us the opportunity to do so. Rarely do we have laws amended to benefit those who need changes in legislation, yet SOC is an organisation that pursues these changes until they actually happen. Rarely do we publically call out people who fail to do their job, or contaminate public space with their discriminatory views or phobias, yet SOC is an organisation that continues to publically condemn behaviour of this sort. Over the past ten years, SOC has managed to find its modus operandi, adopting practices and strategies geared towards fulfilling the set objectives. The SOC team will definitely invite you to their press conference three times, they’ll proofread a text five times before publishing it, and they will certainly hold politicians accountable and try to establish dialogue with those politicians and decision makers who were oblivious to issues such as LGBTI rights in the past. Furthermore, SOC has always tried to be as supportive as possible by providing help to other non-governmental organisations or providing psychological counselling for LGBTI people who rarely have access to psychological assistance or don’t even know it’s available to them.

As an activist I believe SOC has made several key contributions to activism in BiH. The series of talks and lectures titled Neko je rekao feminizam? has provided valuable insight into feminist topics and patriarchy, while exhibitions dedicated to women such as Laura Papo Bohoreta and Razija Handžić have given the public a rare opportunity to learn more about the influential women who shaped our society. The book Zabilježene published by SOC is the only publication on phenomenal women from BiH who marked their respective eras. SOC activists and their colleagues spontaneously organised the so-called Level 0 Pride in May 2016 when they marched down Obala Kulina bana, the same street where hooligans attacked participants of the Queer Sarajevo Festival in 2008. When the Ministry of Traffic of Canton Sarajevo failed to respond to SOC’s request to hold a protest march against violence over LGBTI people in May 2017, thereby effectively banning it, activists organised an alternative protest in front of the building of the Government of Canton Sarajevo, raising their voice against the silencing of LGBTI human rights.

SOC has carried out and contributed to many more wonderful things, but there’s no need to describe them in detail here since the following 50 pages or so are full of information about SOC. You might find out something new about the organisation or simply be reminded of the great things it has done. We’ve even prepared a zodiac and advice column for you. I wish you a pleasant read and I encourage you to keep following the work of SOC because they are far from done. We need organisations like SOC to stick around, for another ten years at least.