Over the past few years, the coalition of non-governmental organisations gathered under the Initiative for monitoring of BiH’s EU integration actively advocates for important issues in the domain of human rights protection, monitors the situation with the EU integration process and records significant success in advocacy 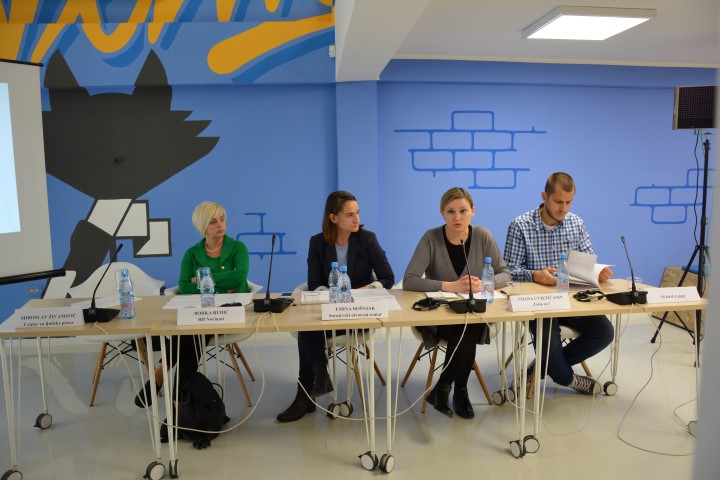 The Initiative for monitoring of BiH’s EU integration process is a coalition of civil society organisations which was founded in 2013 at the Centre for Political Studies, and it is still run by Damir Banović. One year later, the Sarajevo Open Centre took over coordination of the coalition. The establishment of this coalition was initiated by people in the aforementioned organisations, as well as people who recognized the importance of such association at the time, such as the director of Heinrich Böll Foundation at the time, Mirela Grünther Dečević. At the very beginning and in the years to come, the coalition continued monitoring the EU integration process and contributing to the development of democratic standards and the rule of law with very limited resources, but with joint enthusiasm of member organisations and individuals. From year to year, the support for the coalition grew and from the initial ten organisations that formed the coalition, the number has increased to 40 civil society organisations that are well known for their expertise and work.

Civil society is certainly one of the rare local actors advocating for the so called ‘European perspective’. Protection of rights of minority and vulnerable groups, prohibition of discrimination, rule of law, war crimes prosecution, fight against corruption, independence of the judiciary… are just some of the topics that the coalition continuously works on. Looking back to the past few years, we can see that topics relating to democratization and human rights protection primarily lived in civil society organisations and among a small number of citizens, and that these topics have moved from the margins towards the centre. The civil society organisations gathered under the Initiative for monitoring of BiH’s EU integration process coalition contributed to the increase of transparency of this process, striving to inform as many citizens possible about decision making developments behind closed doors.

Constant cooperation with relevant institutions in Brussels, the EU Delegation in BiH, embassies of EU member states that are seated in BiH and with the increasing number of institutions in BiH has left a special mark on the quality of work and activities of the Initiative for monitoring of BiH’s EU integration process during the past few years

The Alternative Progress Report for BiH which has been developed by the coalition for the last five years consecutively influenced not only findings of the official report on BiH’s progress towards the European Union, but also served as a relevant source of information about functioning of the state, rule of law and democracy, and human rights focusing on minority rights and transitional justice. In that respect, progress/regress in these fields is monitored annually, and this document also serves as the advocacy document of human rights defenders in BiH gathered in the coalition, who managed to record several important achievements. 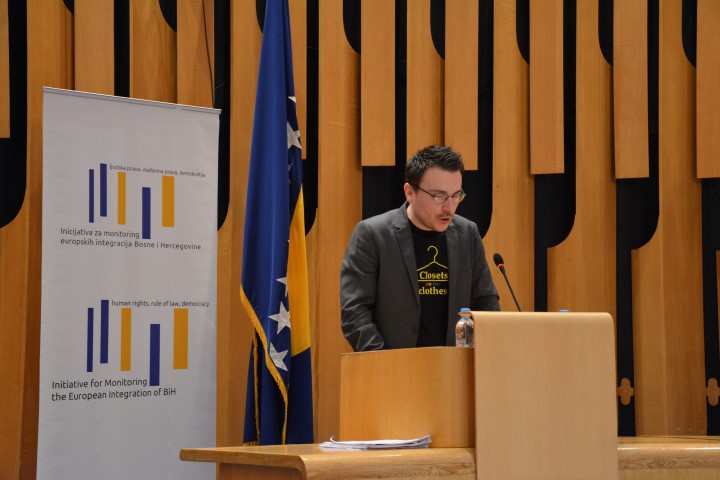 First of all, we will immodestly boast that through advocacy actions and findings and recommendations presented in the alternative progress reports for 2015 and 2016, the coalition managed to take part in the process of amending the BiH Anti-Discrimination Law. Many of the proposed amendments were included in the existing text of the law in mid 2016. The Sarajevo Open Centre as the coordinator of the coalition also lead the process of inclusion of the development of BiH Anti-Discrimination Strategy in the work plan of the Ministry of Human Rights and Refugees of BiH. At the time of writing this text, the Strategy is under development, and the coalition is included in the working group which supports this process. We also participated in working groups for the development of amendments to the Law on the Human Rights Ombudsman of BiH.

Owing to the fact that SOC has been recognized as the coordinating organisation, and the whole coalition as the associated advocacy endeavour, we managed to contribute to the improvement of the BiH Law on Free Legal Aid which was adopted at the state level in 2016. With the other coalition members, we developed a proposal for amendments to the FBiH Labour Law aiming at its harmonization with EU acquis, which will be the subject of active work in the period ahead. Cooperation with Maja Gasal Vražalica, delegate at the Parliamentary Assembly of BiH who recognises the importance of NGO’s work and expertise arising from that work resulted in amendments to the BiH Law on Sports, which greatly contributed to gender equality and gender responsive budgeting issues.

Constant cooperation with relevant institutions in Brussels, the EU Delegation in BiH, embassies of EU member states that are seated in BiH and with the increasing number of institutions in BiH has left a special mark on the quality of our work and activities during the past few years in terms of regular consultations which we plan to continue and strengthen in the future.

The work of organisations joined under the Initiative for Monitoring of BiH’s EU Integration Process coalition greatly contributed to changing of the perspective about the role of civil society organisations in the whole process of BiH’s EU accession and about usefulness of their work. During previous years, unlike many state institutions, we monitored the human rights situation in a structured and continuous way, focusing on the rights of minorities and vulnerable groups, and informed the institutions in BiH and relevant institutions in the EU about it, and we advocated for improvement of legislation and of the position of BiH citizens.