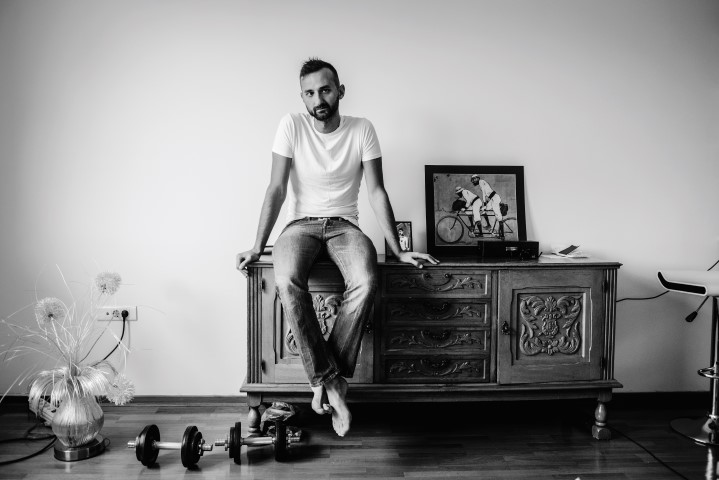 Damir Banović is a recognisable face of Sarajevo Open Centre. As co-founder, jurist and author of numerous publications, he has been involved with the organisation from the very beginning. An excellent jurist, he has dealt extensively with the legislation of Bosnia and Herzegovina, analysing the discrimination against LGBTI people on various levels and trying to identify the best advocacy methods for upholding the rights of LGBTI persons within an institutional framework. In 2012 he published the book Rights and Freedoms of LGBT Persons – Sexual Orientation and Gender Identity in the Statutory Regulations of Bosnia and Herzegovina in which he analysed the legal basis for LGBT rights in our country. We sat down for a chat with Damir, who looked back with nostalgia at SOC’s major achievements, the obstacles the organisation had to overcome, and also revealed if and to what extent SOC has contributed to his impressive academic career.

You have been with Sarajevo Open Centre from the very beginning. What drove you to become part of this landmark organisation that publically promotes the rights of LGBTI people in BiH?

DAMIR BANOVIĆ: Sarajevo Open Centre was founded as an association in 2007 and its main driving force was introducing Culture of Religions into schools, primarily in Canton Sarajevo. Different projects and programs have been added since then. I would single out film weeks showcasing the cinematography from various countries, as well as social research projects and the publication of the first book on the post-Dayton political system of Bosnia and Herzegovina in 2009 called Introduction into the Political System of Bosnia and Herzegovina – Key Aspects. The goal was to describe the current legal and political system of Bosnia and Herzegovina, but also connect young researchers from around the country. I’m especially pleased to see that the relationships built through this project are still alive today. What followed next was an even more ambitious project with the same goal. In 2011 we published a new collection of texts called State, Politics and Society in Bosnia and Herzegovina – Analysis of the Post-Dayton Political System. Saša Gavrić and I were the editors of the volume. From 2007, Sarajevo Open Centre has also dealt with issues affecting the LGBT population in Bosnia and Herzegovina. The marginalised social, political and legal position of LGBT people in BiH later became the organisation’s primary focus. It felt natural to me as a jurist, researcher and LGBT activist to see Sarajevo Open Centre gravitate towards feminism and queer activism and be part of it.

I think incremental changes should not be overlooked. If you manage to empower and help even a single person, you’ve already done something valuable for activism.

Why did you and Saša Gavrić explore the political and legal system of BiH? What were the results of your research and how did it contribute to SOC’s efforts to advocate the rights of LGBTI people and women?

DAMIR BANOVIĆ: By exploring the legal and political system of Bosnia and Herzegovina we hoped to address the gaps in existing literature. Normative descriptions of how the system functions were completely lacking and we tried to set it right. Some of our research focused on particular aspects of the system, such as The Parliamentary System in Bosnia and Herzegovina, but we also tried to give a comprehensive overview of the post-Dayton political context. Later on, SOC shifted its focus to LGBTI rights and feminism, but it goes without saying that an in-depth knowledge of the political and legal system of the country is a sine qua non if you want to advocate for someone’s rights or do any kind of activist or research work.

Personally I believe culture is a very important platform for recognising and expressing difference as a kind of compassionate display of the various identities that human beings carry.

What were the biggest obstacles in the beginning?

DAMIR BANOVIĆ: We faced obstacles on three levels: the state that does not recognise the problem of marginalisation, the society steeped in heteronormative and patriarchal practices that discriminates against those who don’t fit into the traditional roles, and the level of community. The latter is perhaps the most interesting. When I say LGBT “community” I don’t necessarily mean people who share the same values. I mean it as a concept. The community is a pretty heterogeneous group of people. Having a different gender identity and/or sexual orientation might be the only thing they have in common. Within the community there are different opinions as to what are the actual needs, the best ways to achieve the set goals and what should be the main focus. Some people in the community often shy away from public visibility and feel threatened by efforts to achieve political, social and legal recognition.

Through your research you’ve tried to understand the position of LGBTI people, identify their needs, as well as political and legal mechanisms that could provide protection. Which research would you single out as particularly important and pertinent today?

DAMIR BANOVIĆ: Legal research that shed light on the state of legal protection for the first time was particularly important to me. It was carried out after the Gender Equality Law and Anti-Discrimination Law were passed. Through these acts, “sexual orientation” and “gender identity” became part of the legal sphere for the first time (although the terminology somewhat varied). They were an important incentive to start analysing and systematising anti-discrimination legislation, as well as educating the community, society and government officials. At one point, the practice of reporting discrimination also picked up. Most of the complaints were filed with the Institution of the Ombudsman of BiH. The last research I did was in 2013. Together with Vladana Vasić, I released a publication titled Sexual Orientation and Gender Identity: Law and Practice. In addition to offering a systematisation and interpretation of statutory regulations, we analysed legal practice, including the Queer Festival case that’s currently at the Constitutional Court of Bosnia and Herzegovina. 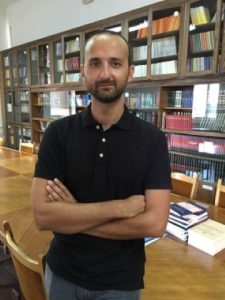 Sarajevo Open Centre has worked hard on analysing and changing the legislation in favour of the LGBTI population in BiH. Looking back, how much has changed in the last ten years?

DAMIR BANOVIĆ: I think incremental changes should not be overlooked. If you manage to empower and help even a single person, you’ve already done something valuable for activism. But there have also been major changes, especially in the last five years. In 2016, the Joint Commission for Human Rights held a thematic session at the Parliamentary Assembly of Bosnia and Herzegovina and the Institution of the Human Rights Ombudsman of BiH presented its Special Report on the Rights of LGBT People in BiH. The improved Anti-Discrimination Law now includes sexual characteristics as prohibited grounds for discrimination, in addition to sexual orientation and gender identity. I think this is a very important step because it means the institutions have started including LGBT issues in their agendas. Sarajevo Open Centre has also played a helping hand in establishing other organisations and informal groups in other parts of Bosnia and Herzegovina. I think it’s very important to decentralise activism and help people outside of Sarajevo. That’s why I’m particularly overjoyed by this outcome.

Sarajevo Open Centre has also played a helping hand in establishing other organisations and informal groups in other parts of Bosnia and Herzegovina. I think it’s very important to decentralise activism and help people outside of Sarajevo. That’s why I’m particularly overjoyed by this outcome.

What needs to be done going forward?

DAMIR BANOVIĆ: We operate on three levels – the state, the society and the community – so it’s necessary to continue with our activities in all three areas. On the state level we need to ensure the implementation of the Anti-Discrimination Law, work on education and try to address current deficiencies. Lobbying for laws on registered partnerships and gender identity is also on the agenda. As for the society, we should insist on creating a culture of acceptance by emphasising our mutual differences, as well as our similarities. Empowering, educating and supporting the community remains a key aspect of our work.

Has there been a moment in the work of SOC when you felt you were part of something great?

DAMIR BANOVIĆ: I remember the year and the day when we organised the first Merlinka Festival in Sarajevo. It was the first significant, public LGBT event after the aborted Queer Festival in 2008. Personally I believe culture is a very important platform for recognising and expressing difference as a kind of compassionate display of the various identities that human beings carry. I’m all for using arts and culture as means of bringing about change.

Has your work with SOC contributed to your academic success? What has SOC changed in the world of academia and research?

DAMIR BANOVIĆ: I do think it has contributed to my academic success. However, I’m not sure it has changed something in the world of academia and research. There is a difference in the area of research now for sure. Universities in Bosnia and Herzegovina use our publications; students use them as a valuable source of information, jurists use them as additional literature to prepare for their bar examination, foreign researchers use them as guides to understanding the complex political system of BiH. So there are benefits.

Do you have a message for new generations of LGBTI activists?

DAMIR BANOVIĆ: I hope we’ve created a certain resilience that will enable future work and development. I think new generations are intelligent enough to identify needs and figure out how to respond to them within this social context. I also hope we’ve managed to create a situation where different identities can co-exist in a much more peaceful atmosphere than the one we endured.