THE BEGINNINGS OF SOC

Saša Gavrić, one of the founders and the executive director of SOC from 2011 to 2016, recounts the beginnings of Sarajevo Open Centre

The other day I stumbled upon a status on one of the social networks. It went something like this: when you’re young, you want to change the world, but you have no idea how it’s done, so you wing it and see what happens. With time, your wish to change the world is accompanied by a desire to learn and change yourself. Finally, you become focused primarily on yourself and your personal contentment as a necessary precondition for changing the world around you.

In 2013, SOC adopted its first strategic plan, thereby becoming a human rights organisation focused on the rights of women and LGBTI persons. It was the year in which SOC stepped into adulthood, proving it was ready to learn, sacrifice and change in order to be able to change its environment. We stopped doing what we wanted, opting instead to focus on those issues that needed addressing.

The status sort of describes the beginnings of SOC. Having completed my undergrad studies in Germany, I came back and found a job at the Goethe Institute, a German cultural centre. I had everything I could possibly wish for at that age. A super fancy job, great pay check and the freedom to live life according to my own needs and desires. However, I wanted more. I wanted to change the world around me. During my time at the Goethe Institute I worked on an interdisciplinary educational program for secondary schools called “culture of religions”, the goal of which was to present the various religious communities and traditions in BiH. I was surrounded by incredible woman, in particular Ranka Katalinski and the late Zuhra Kalauzović, who showed me that Bosnia and Herzegovina has experts capable of doing small miracles.

When Goethe Institute decided it would no longer work on “culture of religions” we talked about what to do next. Due to my inquisitive nature I looked up other organisations in the region and discovered the Belgrade Open School – or BOS. Although a huge NGO, BOS soon became an example of the kind of organisation we wanted to have and the kind of programs we wanted to run. We didn’t want to call the organisation Sarajevo Open School – SOS, so we decided on calling it “centre” instead. In the beginning we groped around in the dark, without a clear focus. We knew culture of religions couldn’t be the only thing we did. We had to add other themes as well. Culture and arts, taken over from our work in Goethe Institute, as well as social research and publishing became our main priorities. In addition to Ranka and Zuhra, there were also Anđelka, Azra and, briefly, Aleksandar. As SOC grew, the only founders who stayed with the organisation included me and Damir Banović, who was sometimes heavily involved, while at other times he was simply there, like an older brother, ready to step in when we needed him. Damir is still part of the organisation as president of the assembly.

From 2007 to 2011 we carried out many activities and projects. We basically did whatever the heck we wanted, paying no attention to the priorities of donors or anyone else for that matter. We did no assessments of actual needs. We didn’t have an office, didn’t care much for strategies, annual plans, work regulations or other formalities. But we did have enthusiasm, strength and motivation to make all our crazy ideas happen and see them through. We lobbied for the introduction of “Culture of Religions” as a subject in secondary schools, we trained a vast number of teachers, designed a textbook and a teacher’s handbook for “Culture of Religions”, organised countless film screenings, exhibitions and published the first comprehensive introduction into the post-Dayton political system of Bosnia and Herzegovina. New people, such as Dražen, Hana, Arijana and Dina joined SOC. They took part in the activities but also contributed to the development of SOC by changing its profile, structure and priorities. On a personal level, I was completely caught up in the work of SOC, trying to develop the organisation but also at times preventing it from developing of its own accord. I behaved like a very strict parent, aware of my mistakes but reluctant to loosen my grip. 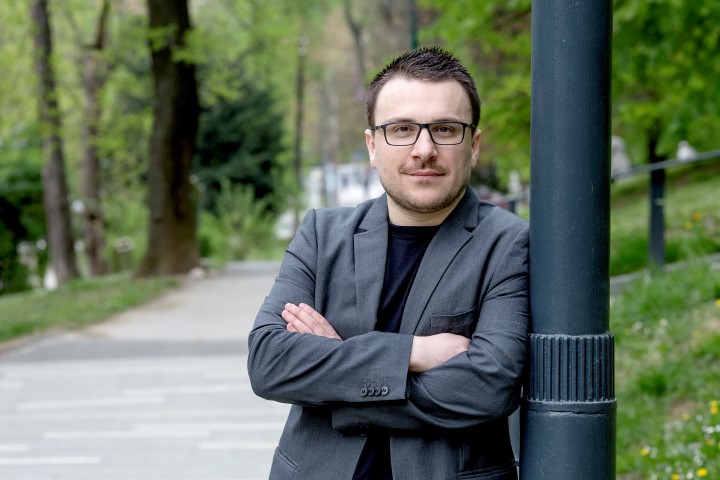 As I and the people around me changed, so did SOC. Inspired by the queer festival in Sofia, I contacted the Q Association, the first LGBTIQ organisation in BiH, and proposed we do a similar festival in Sarajevo. This was in 2007, right after I had founded SOC. It was the organisation’s first foray into LGBTI issues. LGBTI work would remain a priority for SOC throughout its existence. Together with Q Association we developed the program and worked towards implementing the project. At the same time we were busy preparing a regional LGBTIQ collection of texts. By late 2007/early 2008 the cooperation crumbled due to silly disagreements. Q Association continued working on the festival. We all know the outcome. SOC’s regional LGBTIQ collection of texts also never saw the light of day, simply because we didn’t get enough interesting pieces through the open call for papers. All beginnings are a matter of trial and error, as they say. No one could have foreseen that from 2010 onwards SOC would make its name primarily by promoting and protecting the human rights of LGBTI persons.

In 2011, four years after it was established, SOC underwent its biggest change. Arijana Aganović and I quit our jobs and together with Dina Vilić we became SOC’s first full-time employees. We invested our own money and got our first office. In late 2011 and early 2012 Lejla, Mariña, Emina, Feđa, Jozo, Vladana and Jasmina joined us. The organisation improved and grew every day. The desire to do cool, but completely disparate things became an ever growing problem. At the suggestion of Hana Stojić, we sent a delegation from BiH to the Leipzig book fair. On another occasion, we held activist workshops for young LGBT people. Then we revisited the writers-in-residence program, organised film screenings showcasing the cinematography of various countries, and continued working on culture of religions. From this medley of activities and our cooperation with wonderful individuals and organisations, SOC developed into the organisation we know today.

Culture of religions, social research and publishing, culture and the arts were all left behind as SOC adopted its first strategic plan in 2013, becoming a human rights organisation focused on women’s and LGBTI rights. It was the year in which SOC stepped into adulthood, proving it was ready to learn, sacrifice and change in order to be able to change its environment. We stopped doing what we wanted, opting instead to focus on those issues that needed addressing.

When I left the organisation in the summer of 2016, I closed an important chapter of my life. I had spent nine years developing myself, and shaping the nine out of ten years of SOC’s existence. It is now up to SOC’s current team, led by Emina Bošnjak, to shape if not ten, then at least the next 3 or 4 years of SOC.