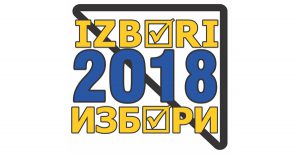 The Sarajevo Open Center, as an independent, feminist organization of civil society in the focus of its work, has, among other things, the participation and adequate representation of women in the public and political life of Bosnia and Herzegovina. Gender Equality Law in Bosnia and Herzegovina stipulates in Article 20 that State bodies at all levels of government organization and bodies of local self-government, including legislative, executive and judicial authorities, political parties, legal persons with public authority, or under the control of a state, entity, canton, city or municipality or those work the public body exercises control, will ensure and promote equal representation of the sexes in the management, decision-making and representation process. (2) Equal representation of the sexes exists where one of the sexes is represented at least 40% in the bodies referred to in paragraph (1) of this Article. (3) Gender-based discrimination shall be considered as a situation where there is no equal representation under paragraph (2). The composition of none of the authorities in Bosnia and Herzegovina does not meet this, legally prescribed, obligation, and women, as a less represented sex, are currently represented in the legislative bodies of authority by approximately 20% and in executive bodies at even lower ratios.

Every body of government, such as the parliaments elected by the citizens and the governments to be appointed later, should be the image of the society represented and whose citizens are elected and formed by their voice and for whose interests and needs to work. Women who are more than half of the population of BiH have never been represented equally in the authorities. The unequal representation of women in relation to men in government bodies denies that the knowledge and capacities available to women in BiH are used for the best purpose, the purpose of improving the lives of citizens. At that time, the authorities in BiH never represented what they were supposed to be, a picture of a society that understands the problems of all citizens and the knowledge that it is working on their resolution.

The date of the General Elections 2018 is getting closer and, in this way, the opportunity for all of us to act and to  influence on  the equal representation of women and men in the authorities. Today, an election campaign is launched officially, which brings with it the presentation of candidates and candidates and the electoral program of the parties. What the pre-election campaign also brings is media presentations and presentations of members and members of various political options that invite us to vote for them just for them. We recall, more than half of the voting bodies in BiH are women, who have different needs and interests in relation to men and who need to convince them that trusting a particular person and political option, as well as needs and interests, will be met.

We are aware that the role and significance of the media is enormous and that the media are crucial to the transmission of a true message and the change of existing prejudices and stereotypes in society. We believe you recognize the importance of achieving real gender equality and equal representation of women and men in government bodies.

This way, we would ask you to be allies during the pre-election campaign and to invite candidates in the upcoming elections to present themselves to citizens during a series of dialogues, interviews and guest appearances, and that one of the mandatory questions is also a candidate for fighting and advocacy for gender equality and the equal participation of women and men in government bodies.