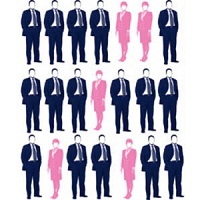 After the Local Elections in Bosnia and Herzegovina that took place in October 2016, for the municipal councils/assembly, city councils/assembly, municipality/city mayors in the Federation of BiH and Republika Srpska, as well as for the Brčko District Assembly, the results were confirmed.

This text will focus on the gender dimension of the previous local elections, respectively on the analysis of the numbers/percentage of the women elected – women who won mandates in the local authorities in Bosnia and Herzegovina.

Where are women mayors?

Out of total of 418 candidates for municipality mayors, only 26 were women. If we compare that data, by percentage, to the data from the local elections in 2012, we can see that there has been a slight decline in the number of candidates, because this year women made 6,8% out of the total number of candidates, whereas in 2012 the percentage was 7,1%.

Despite the smaller percentage of women candidates, this year they achieved a slightly greater success, so in total six women municipality mayors (and no city mayor), in comparison to the previous local elections in 2012 when one mayor less was elected. Five municipality mayors were elected in Republika Srpska (7,9%), and in the Federation BiH only one independent candidate (4,2%).

Women in municipality and city councils

How to reach 40% of representation of women?

What do these statistics tell us? They show that, even though the Law on Gender Equality in BiH provides minimum 40% of the political representation of women on all government levels, it is not the case this time either, not after the last year’s local elections, same as we have not yet reached that percentage on any of the local elections in BiH. In the previous ten years we have not significantly moved from the 20% of women’s representation in the legislative bodies on the state, entity, cantonal or local levels.

All this is very worrying, in the context of achieving gender equality in political life, which is the key for the equality of men and women in all the other fields of life.

Political parties, obviously, do not recognize the importance and obligation to provide space for women, primarily in their own parties, on the elections – on candidate lists and key decision making positions. Having in mind the fact that the BH political system mainly operates with political parties as the main political subjects, it is certain that it will take a lot of time to hear the voices of individuals in the electoral process. However, it is worth greeting the success of individual candidates on the previous local elections and hoping to articulate more of those, especially women’s, voices in the municipalities and cities of BiH.

Looking into the future, one can, by mathematical calculations, predict that the legal gender quota, if we continue at this pace and intensity of nomination and election of women, could be achieved in the local authorities/bodies, provided that the percentage of women’s participation keeps growing by 1-2 percent, as it has so far.

If we do not want to wait for the year of 2060 to witness the full participation of women, equal to men’s participation, this should be an alarm for us to start serious work on empowering women and giving them voices and positions they deserve.

The table with the data shown in detail – numbers and percentage of women’s participation in all the local government units on the Local Elections 2016 in BiH is available in B/C/S language here.