Different activities were organized in order to mark International Women’s Day in B&H (street activism, media reports, sessions in Parliaments in cooperation with Committees for Gender Equality and civil society organizations, reading of the play SEVEN…).

The Committee for Gender Equality of the House of Representatives of the Parliament of B&H organized the conference „Through Partnership to Gender Equality“. Among many other activities Sarajevo Open Centre attended this conference. On the conference members of Sarajevo Open centre stated that changes of B&H Electoral Law should be directed towards achieving the 50% quota for candidate lists and that each candidate list should have an equal number of male and female candidates that are positioned alternately on the entire list. This preposition was supported by many Representatives, and Representative Damir Arnaut forwarded this initiative to the next session of the B&H House of Representatives.

Sarajevo Open Centre participated also in Women’s Day March, and in the event named “We are not alone”, within the campaign (Non)discrimination of women in labor in FB&H.

The Gender Equality Committee of the House of Representatives of the Parliament of the Federation of Bosnia and Herzegovina, with the support of the Sarajevo Open Centre and Medica Zenica, organized a special thematic session entitled “The Current State of Women’s Human Rights in the Federation of B&H”. Ministers of the FB&H Government, Representatives of state, entities and cantonal Parliament, members of civil society organizations, media, political parties, international organizations and diplomatic missions in B&H attended this event.

The President of the Gender Equality Committee of the House of Representatives of the FB&H Parliament, Jasna Duraković Hadžiomerović, reminded all the attendants on heroines from the past. She said that not only women, but men also, must be included in fighting for gender equality. Sarajevo Open Centre presented the Orange Report 2016 – Annual Report on the state of Women’s Rights in B&H. This Report offers a comprehensive overview of the state of women’s rights in B&H, as well as the priorities that should be taken in order to achieve progress.

At the end of the day, reading of the documentary play SEVEN took place in FB&H Parliament. This play is based on the interviews with seven activists for women’s human rights. Seven Representatives of the House of Representatives of the FBiH Parliament (Alma Kratina, Damir Mašić, Darijana Katić, Dennis Gratz, Jasna Duraković Hadžiomerović, Kenela Zuko and Vesna Švancer) read life stories of these seven women. In this way they raised their voice against violence against women and contributed to the fight and advocacy for a  more dignified and a life without violence. 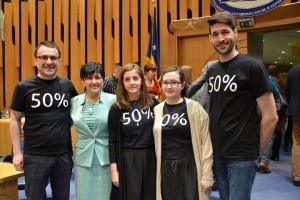 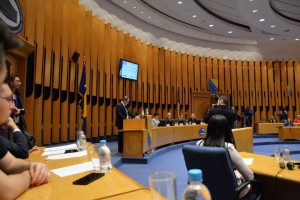 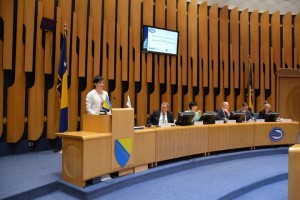 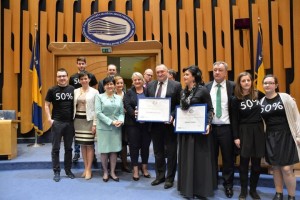 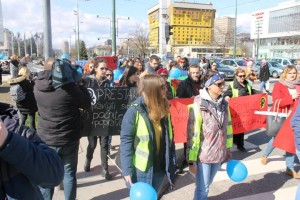 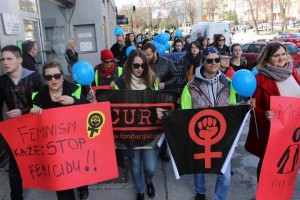 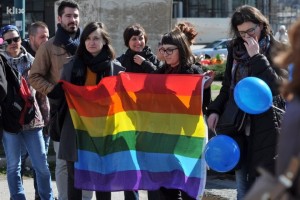 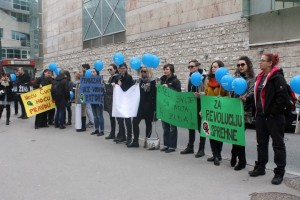 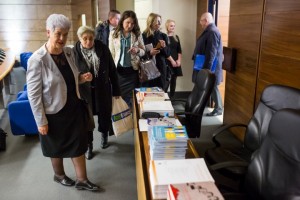 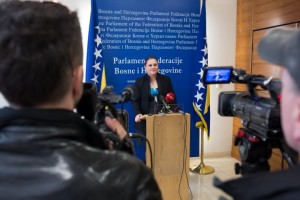 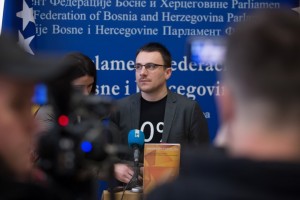 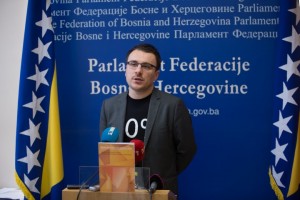 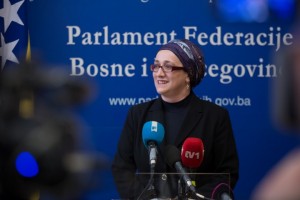 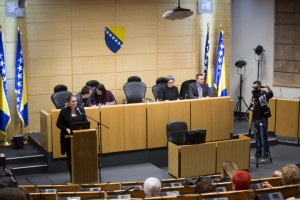 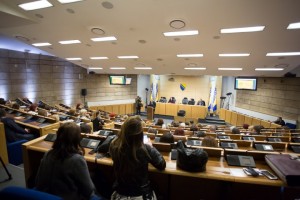 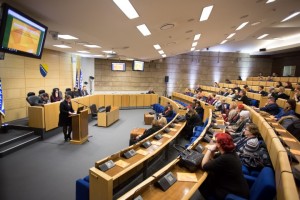 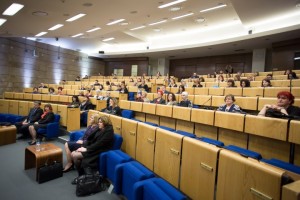 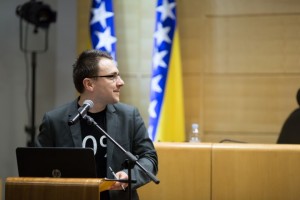 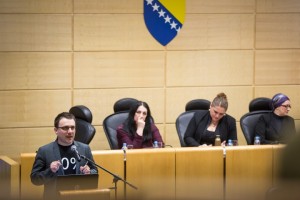 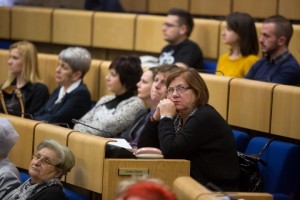 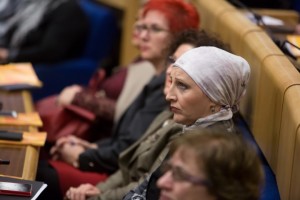 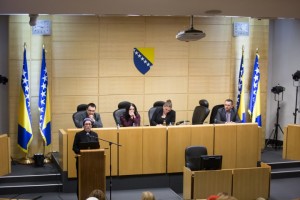 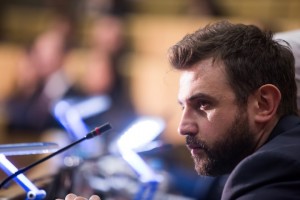 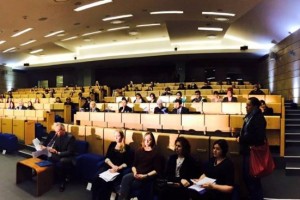 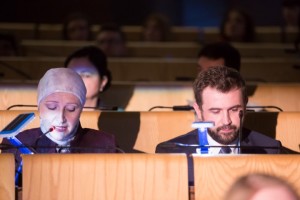 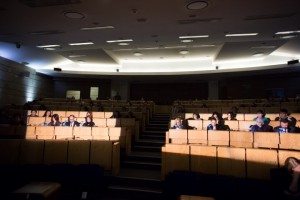 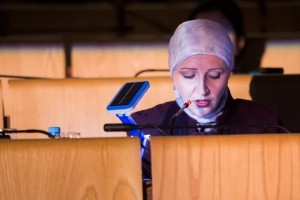 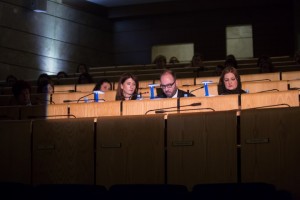 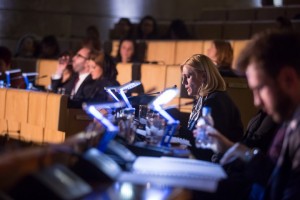 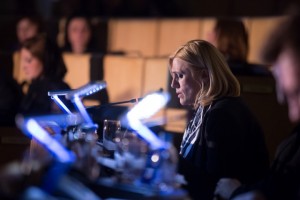