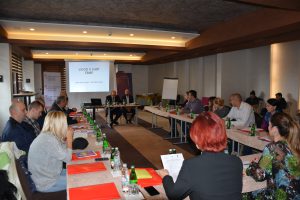 Sarajevo Open Centre, in cooperation with the Gender Centre of the Federation of Bosnia and Herzegovina, held a two-day training on the 6th and 7th of October 2016, for representatives of the Federal Ministry of the Interior, the Federal Police Administration, the Police Academy of the FBiH and the Directorate for Coordination of BiH Police Bodies. The training for the representatives of these institutions was about the rights and better understanding of the problems faced by lesbian, gay, bisexual, transgender and intersex (LGBTI) persons in BiH.

In March 2016 the Government of Federation of BiH adopted the Integrated Operational Plan of ministries and institutions of the Federation of Bosnia and Herzegovina for 2016 for the implementation of the Gender Action Plan of Bosnia and Herzegovina for the period 2013 – 2017, which, among other things, includes concrete measures for promotion and protection of the rights of LGBTI people.

At the beginning of the training Mr. Jurriaan Kraak, Ambassador of the Kingdom of the Netherlands in BiH attended. In his introductory speech, the Ambassador stressed out the importance of respecting all human rights, particularly those of vulnerable groups in Bosnia and Herzegovina, and the importance of the state and police officers in protecting the human rights of LGBTI persons. During the first day of training, there was talk about LGBTI terminology, prejudice and stereotypes, as well as the international and domestic legal framework for the protection of human rights of LGBTI persons. At the end of the first day representatives of the above mentioned institutions have had the opportunity to meet the LGBT persons through the concept of a live library in which people are “books that are being read”, and talk about personal stories, experiences, problems they face. During the second day of training, there was talk about bias motivated crimes and incitement to hatred, intolerance and violence, the legislative framework and practical cases. This topic was discussed with participants by Professor Marija Lučić-Ćatić from the Faculty of Criminology and Security Studies, University of Sarajevo.

The same day, we also talked about the role of cantonal ministries of internal affairs (MUP) in the protection of human rights of LGBTI persons, with Josip Bilandžija, chief of the education department of the MUP of Sarajevo Canton. The day was concluded with a discussion about the state of LGBT citizens in BiH society that was held by Vladana Vasić on behalf of Sarajevo Open Center (SOC).

Representatives of these institutions have pointed out that the training has greatly contributed to the understanding of the issues faced by LGBT persons in BiH society, and the importance of respecting all human rights, particularly those of vulnerable minorities. We hope that after this training, the mentioned institutions’ representatives will perceive the importance of advocacy for the rights of LGBTI people.

The training was organized within the project: “Fighting Hate Crime in BiH”, funded by the Permanent Mission of the Kingdom of the Netherlands at the OSCE in Vienna. 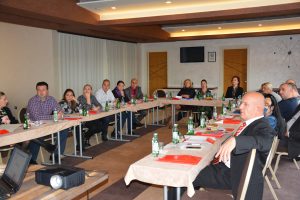 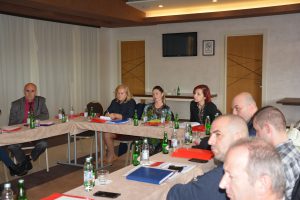 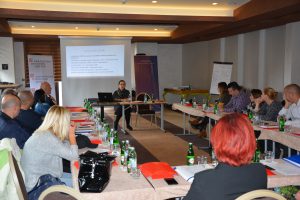 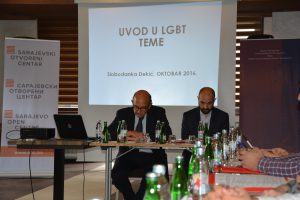 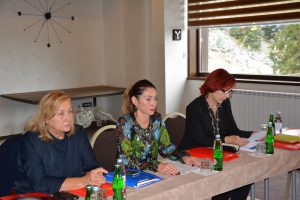 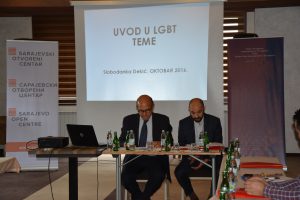