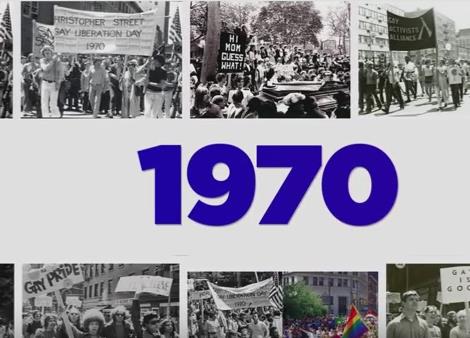 Pride, often called gay pride or gay parade, is a public assembling of LGBT people, activists, human rights defenders, as well as of all the others who want to support the struggle of LGBT people for equality in all the society spheres, and the respect of basic human rights. Viewed in such a way, the pride is nothing else but the usage of the right to freedom of expression and freedom to association and public gathering.

If we look at the prides all over the world, we see that they are being held in different ways everywhere. Somewhere, it has gained a carnival atmosphere, whereas in other areas it still presents a protest assembly. In order to understand completely what pride is, we have to go back to the very beginnings and see how it all started. The first pride march took place in 1970 in New York. Parallel to it, there were marches in Los Angeles, San Francisco and Chicago. The motif for the New York march was the Stonewall riots a year earlier. Stonewall is a bar in New York known as a place where the LGBT people were gathering. During that period, there were a lot of police actions and harassment of LGBT people because of their gender identity and sexual orientation. As with any social group, there was a need for expressing public opinion against violence and injustice they were exposed to. With the aim of marking the protests of 1969, on the 28th of June 1970 the first march of LGBT people through the streets of New York was organised, where they publically expressed the need for protection from violence and discrimination, as well as the desire for equal treatment.

The term pride stands opposite from shame and rejection from society, as resistance to discrimination and violence just because someone is different. The term consists of the following ideas:

– People shouldn’t feel fear or shame because of their sexual orientation or gender identity, but they should be proud of who they are.

– Diversity is a richness that should be celebrated.

– Sexual orientation and gender identity are not something we can violently change, so, no matter being lesbian or gay, bisexual, trans* or queer, we proudly emphasize that identity too.

Now that we know the beginnings or the term pride march or just pride, we can understand its basic purpose more clearly. Pride is a public assembly, protest, public expression of opinion and the rebel against the violation of rights and freedoms. The right to public gathering and public expression of opinion is guaranteed to everyone, no matter the sexual orientation and gender identity, but straight people are not discriminated, they do not suffer from violence and social exclusion for their heterosexual orientation, and nobody is going to punish them by violence and discrimination for their pick of partner. Therefore, the need for demonstrating that kind of protest was never present. Straight people protest for other reasons that bother them, most frequently together with the LGBT people, not being aware of that. Pride is not aimed against someone else, or at someone else’s harm, it does not violate anyone’s rights, it has not been made for promoting immoral behaviour and ideas, or for imposing someone’s sexuality to them. Pride is a public assembly, a fight against violence and discrimination; it contains universal human ideas of anti-fascism, tolerance, diversity respect, nonviolence, freedom of speech and gathering.