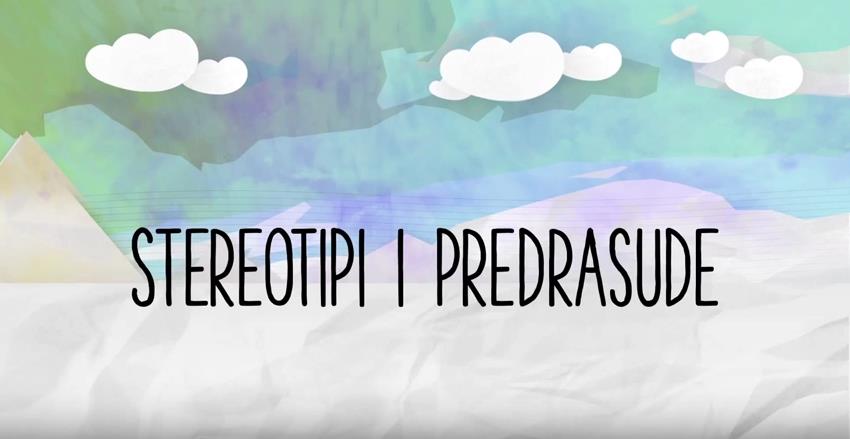 Prejudices and stereotypes are terms that we encounter often and in everywhere. We like to think of ourselves as lacking prejudice and stereotyping in our behavior. The truth is that every one of us said or thought about something that represents a stereotype or even a prejudice.

Let us first clarify the terms prejudice and stereotype.

A stereotype is a generalization about a group of people based on the assumption that all members of this or any other group have certain features that are only assigned to them and that differentiate them from others.

Upon creating stereotypes, people are most often grouped according to ethnic affiliation, religion, sexual orientation, gender identity, sex or any other category. Stereotypes can result in the development of prejudices.

What are the prejudices?

Prejudices are themselves preconceived attitudes or beliefs about a group of people or members of that group, based on their identities or personal characteristics, which are not based on valid or sufficient and credible experience, nor on any rational and established arguments.

Prejudices are usually formed before the real, direct experience with a particular person, group, or appearance, without knowing or researching the facts. It is hard to change them and they are usually are accompanied by strong emotions.

Prejudices can be expressed in behaviors such as verbal rejection (hate speech), discrimination, and physical violence. One of the phenomena closely related to prejudices are hatred motivated crimes – the perpetrator of the criminal offence choosing the victim based on the fact that the person belongs to a particular social group, or because of the person’s specific characteristics. Thus, the perpetrator does not need to have any subjective feeling towards the particular victim, and often does not know the victim, but instead has a prejudice related to the individual or to the group that motivates him to commit the crime.

We note what the stereotypes and prejudices have in common is that they are: based on incorrect assumptions that are not established on sufficiently justified and credible experience or excessive generalization of different people, that they are often accompanied by a lack of information about a particular group of people, and that they are deeply rooted in all societies and difficult to change.

We all have prejudices and stereotypes, inaccurate assumptions about others and different people, and that is something that nobody is immune to. It is important that we are aware of it, and to regularly inform and re-evaluate, because as much as neutral, humorous or even positive stereotyping and prejudice sometimes seem to be, they always influence the creation of a distorted picture of a person or group of persons, and thus lead to unequal treatment of the individual in society.