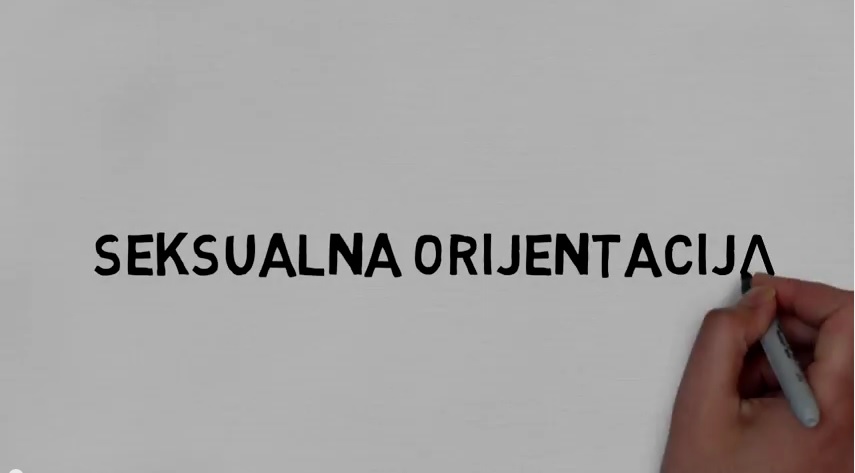 Sexual orientation is a form of emotional and sexual attraction to persons od a specific sex, and it has three dimensions:

Sexual world, accordingly, can be divided into three tribes:

Sexual orientation refers to one’s own feelings and perception of oneself and it can, but it does not have to, be visible in behavior of a certain person. This is where one of myths/false assumptions of society about LGB persons arises – that LGB persons can be identified by their physical features or by their posture. On the contrary, LGB persons, just like heterosexual persons, come in all shapes, colors and sizes.

There is a lot of false assumptions on sexual orientation different than heterosexual, e.g. the belief that gay persons are mentally ill and that they can be cured.

Although there are no clear and detailed factts which would determine why some people are of one, and others of a different orientation, mental health experts agree that homosexuality and bisexuality are not and cannot be discussed in terms of mental illlnesses, disorders or emotional problems, which is another common assumption the society has towards gay persons.

Moreover, the World Health Organisation confirmed that homosexuality is not an emotional and mental disorder on May 17th, 1990, when it was removed from the list of disorders. Nowadays, that is the day we celebrate as the International Day Against Homophobia and Transphobia.

Due to the lack of information and due to prejudice, when talking to other people, we can often hear that the behaviour of gay persons is different than that od heterosexual persons. Also, because of the stereotypes and prejudice, it is believed that gay persons are promiscious, immoral, and that they force their sexuality on others. Caused by such beliefs, a difference in behaviour of gay and heterosexual couples was born, and that is that gay persons are forced to hide their behavior in public.

Even though it is often hidden, gay persons live in monogamous relationships, they can choose to have multiple partners or to live in celibacy. By realizing that, we realize another important fact: life style and sexual behaviour are NOT necessarily related to sexual orientation.

Sexual orientation is a personal feature of every person and any form of discrimination based on that should, in a healthy society, be seen as a violation of basic human rights.