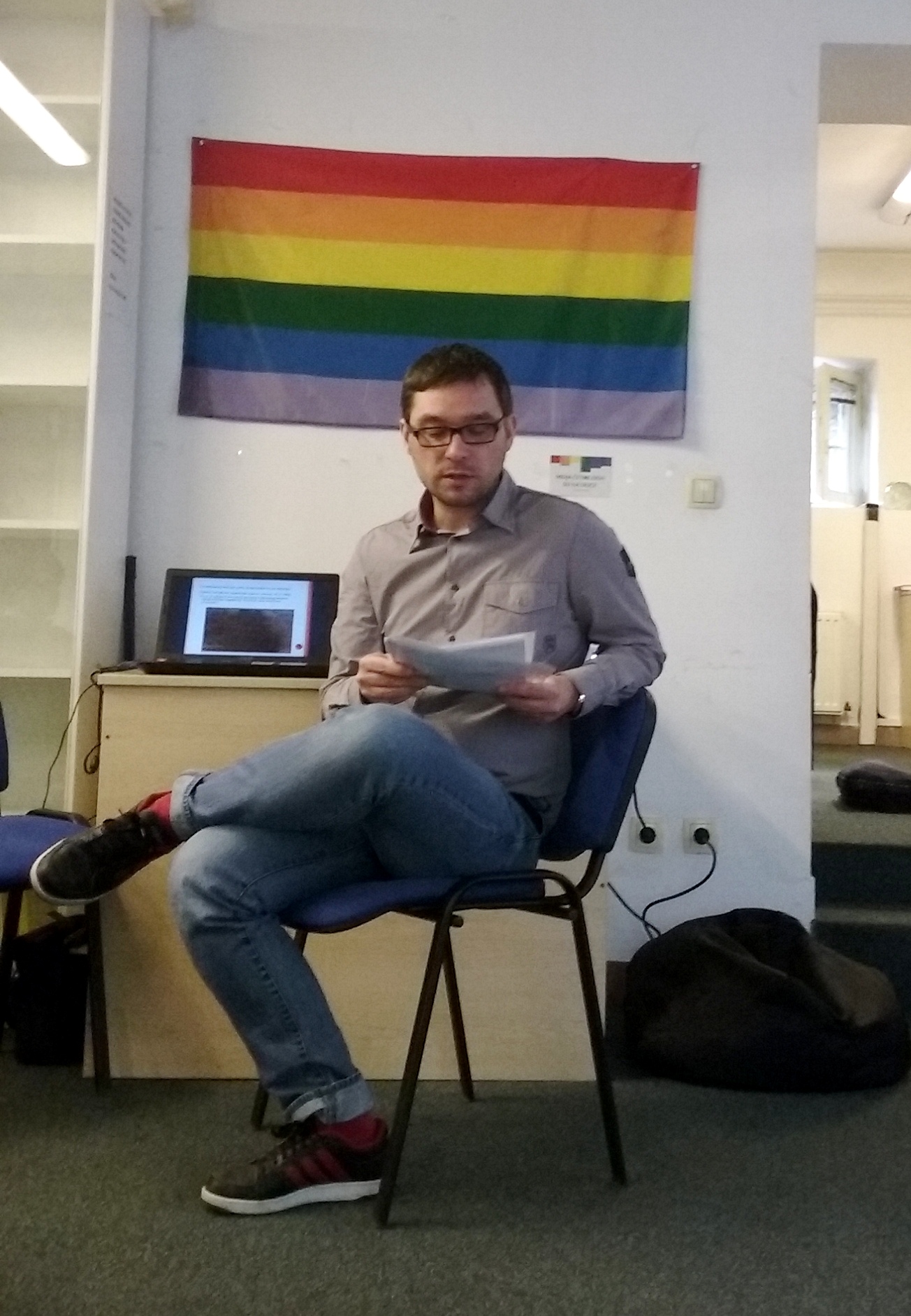 On our second gathering in SOC this year, with the LGBT community, this time we hosted Franko Dota, historian, doctoral student of modern and contemporary history at the Faculty of Philosophy in Zagreb. Franko is not just a historian, but also a long term LGBT activist and one of the co-founders of Zagreb Pride.

On Saturday brunch with Franko, on this extraordinary important event, we learned and heard all that one cannot find on history books. This lecture, discussion was important for all of us, lesbians, gay, bisexual and trans* people as well as any activist out there.

Usually when we talking about the LGBT movement and the persecution of LGBT people, we talk about world history, we talk about Stonewall, and the movements in 60-s, at the same time we know almost nothing about our LGBT history and our region.

It is interesting that although Franco is historian, the idea to explore more on homosexuality in Yugoslavia came to him, by accident when one of his acquaintances, who was lawyer, passed him a court ruling from the 50s, which was assigned to her uncle for “unnatural sexual intercourse”. That’s how Franco begins his story about the beginnings of his massive research. There are many interesting things hiding in old archives of the former Yugoslav republics.

Franko’s research shows that a judgments from the 50s represents probably the largest trial of homosexuals in the former Yugoslavia, when the most famous Zagreb newspapers wrote about it. Court verdicts and arrests had resulted in prison or forced labour.

The main reason why homosexuality in Yugoslavia was considered a criminal offense was a fear of “seduction” of young people. So homosexuality is tied to those who want to “spoil the healthy working socialist youth” and decadent bourgeoisie who want to bring down socialism. Because, socialism must have healthy and moral workers and youth. Although homosexuality today is decrimilaized, the belief that one can make another person homosexual still exists.

The so-called “sexual perversion” referred equally to homosexual men and homosexual women. One step forward was decriminalising lesbian relationships, while male homosexuality was still punishable. Some of the people who have been caught and prosecuted were also among the clergy but also from the ranks of the JNA. Therefore, it is no surprise that the communist party has discussed homosexuality on several occasions. JNA was the one who advocated the idea of ​​decriminalization, since it would not be good to know that in the ranks of one of the most powerful military force at the time, there are homosexual people.

At the time while homosexuality was still punishable, there were among 600 people prosecuted in Yugoslavia, while in the same period in Austria, Germany and some other European countries there were thousands and tens of thousands of homosexuals prosecutions. Yugoslavia, from this point of view seemed like a liberal country.

The struggle between law and medicine begins. Professional medical circles, who read Kinsey’s works, believe that people should not be prosecuted but medically treated. There are many interesting names and people that have marked this period in Yugoslavia, in 50s, 60s and 70s.

After reducing the sentence to one year in prison with the possibility of fines, in 1976 the state dictates to all of the republics to decriminalize homosexuality, leaving it in the domain of medicine, rather than criminal law. Slovenia, Croatia, Montenegro and Vojvodina province decriminalize homosexuality, while the rest of Serbia, Macedonia and Bosnia and Herzegovina do not carry out this order. Decriminalization in these countries happens after the breakup of Yugoslavia and the last war.

Franko offered us a lot of new information, anecdotes and names for further research and reflection. We cannot wait for Franko Dota’s, doctorate to be published, so that we include this valuable publication in our extensive library.

Until next community gathering in SOC-in, please feel free to contact us; let us know your comments and suggestions by emailing to [email protected] 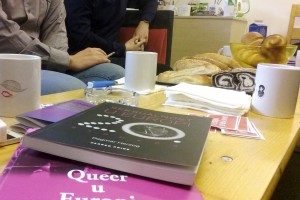 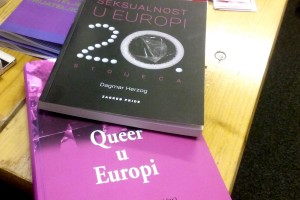 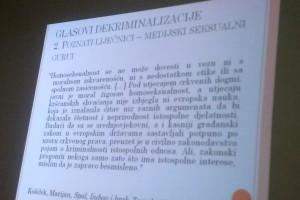 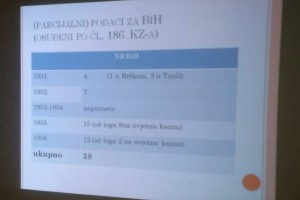 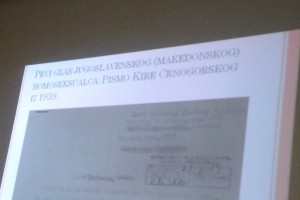 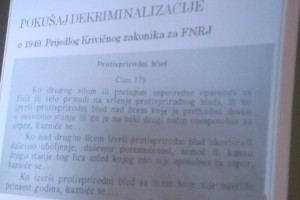 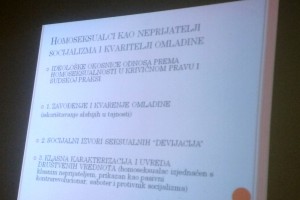 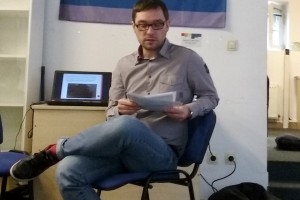 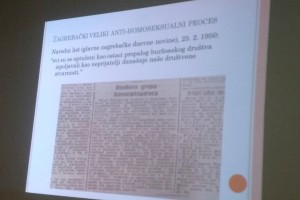 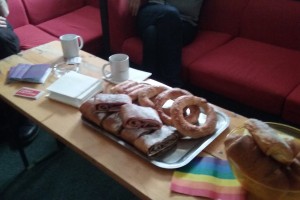 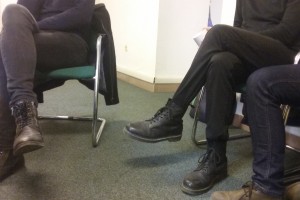