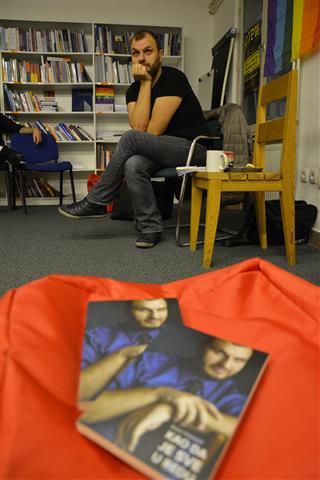 In addition to advocacy activities and regular implementation of trainings for civil society organizations and public institutions, Sarajevo Open Centre, continues to organize, twice a month gatherings for the LGBT community.

So in March, we had Boban Stojanovic with us, who is a long-term activist for the rights of LGBT people in Serbia and the Belgrade Pride organizer. Within our series of meet ups called “Tea party gathering“, Boban and participants talked about many different, yet relevant topics in a pleasant and relaxed atmosphere. We talked about the beginnings of his activism, related to other marginalized groups, as well (Roma community, children, women, refugees), we tackled upon how to deal with negative comments not only coming from the mainstream but also from the LGBT community itself. We also discussed the importance of Pride and coming out and why is it important for an individual.

Participants were very pleased and mostly inspired, where one of them said: “Boban was great and super inspiring, I got encouraged to take a look to some aspects of my life from another perspective and realize – there must be a problem!” – D. (28)

In the second half of March, we had a half-day workshop on Self-defence for LGBT people, as part of our series of gatherings called “Empower, yourself!“, where we are trying to talk or tackle all the skills that can help us in our work and life as an LGBT people. The workshop was conducted by “Autodefense et Autonomie” who are coming from France. Their core of work during the years is giving self-defence workshop for girls / women and LGBT people. The practical examples of self defence – what are weak and strong points of our bodies – we practiced the basics of self-defence. As one of the facilitators of the workshop said: “Our body is our weapon.” Very strong and inspiring workshop!

In April we continued with the „Empower yourself! “ cycle and prepared a workshop called “Let’s talk about sex“, where we talked about safer sex, HIV prevention, condoms, where and how to get tested for HIV, but we have also talked about sex toys, that for some are regular part of their sex life. When we are safe, then sex can be enjoyable and fun!

And as the last activity in April, we started new cycle of gathering called “Queers just wanna have fun“, where we do not discuss, do not teach, but just hang out and have fun. This time we organized creative, social, board games night – Jamb, Twister, Pictionary and cards. We had small prizes for the winners. Still, this tournament began and ended with Pictionary game, ended in laughs.

In March and April a little more than forty people has come to our LGBT gatherings, where ten of them were with us for the first time. We always look forward to new members!

At the end of each meet up, whether its discussion, a workshop, or just a night of board games, we end up continuing the conversation, very often sharing our personal stories and processes that we go through but understanding that we are not alone, and that we always have a safe place to come and if anything, to encourage one another.

In addition to monthly meet ups, we also have big preparations for the IDAHOT 2015 coming up with our activist group.

See you all in May! 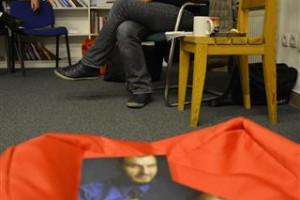 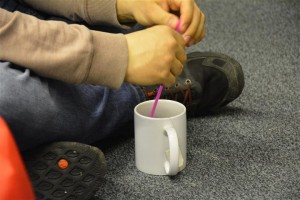 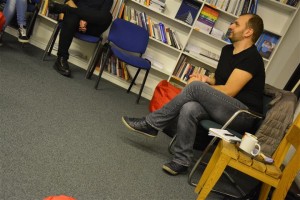 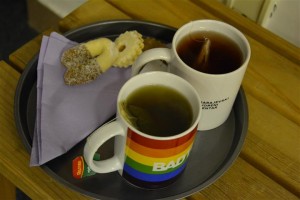