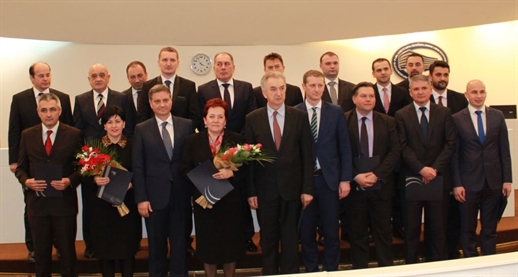 Confirmation of the appointment of the Council of Ministers and the FBiH Government has shown a lack of commitment of political parties to gender issues. The Government of FBiH now has four female ministers, while the state government appointed two. 20 years of democratization has not led us to a significant progress, instead there is a presence of an invisible threshold, where women’s political participation does not exceed 20%.

The Council of Ministers and governments of both entities have to make gender equality issue a priority! Despite the necessity of socioeconomic reforms, deriving from the European (German-British) initiative, it is of great importance that these reforms are accompanied by appropriate policies in the field of human rights.

Therefore, we ask the Council of Ministers of BiH and FBiH Government to:

– Devote adequate attention to the implementation of the Gender Action Plan 2013-2017;

– Adopt the Framework Strategy for the Implementation of the Convention on preventing and combating violence against women and domestic violence (Istanbul/CAHVIO Convention) in BiH for the period 2014-2018;

– Amend the Election law in order to introduce added affirmative action, which will result in more women elected at the local level (local elections in 2016), but also in the cantonal, entity and state legislatures (General elections in 2018);

– Ensure adequate and continuous funding of safe houses/shelters for accommodation of victims of domestic violence through the budgets of entities and cantons, and to also ensure systematic monitoring of cases of violence improve public policies and their implementation in this area;

– Ensure equal representation of both genders in management and boards of public companies, as prescribed by the Law on Gender Equality, with sharply sanctions for non-application of this legal provision.

Equal treatment of both genders should not be a question of gender mechanisms within the spectrum of the legislative, executive and judicial power of the state, entities and cantons, but must become the competence and obligation of all public institutions. This change can only be achieved if there is a change of political paradigm. Civil society organizations will continue to be devoted to monitoring and advocating these changes.

The release in BCS languages can be downloaded here.