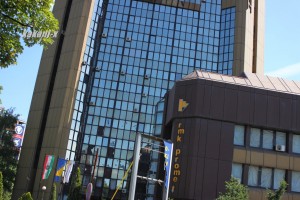 On yesterday’s assembly meeting of the representatives of Zenica-Doboj Canton (February 24, 2015), after prompt reaction of Center for Legal Assistance for Women and Infoteka from Zenica and Sarajevo Open Centre from Sarajevo, it was stated that the proposal for the position of Ministers in the government of this canton, that was submitted by Miralem Galijašević, candidate for prime minister of the Zenica-Doboj Canton, out of ten nominated candidates, none of them were women, and that this is a direct violation of the Gender Equality Law, which clearly provides for the representation of both genders in the executive power, or at least 40% of the under-represented sex.

As stated in response to the letter that was delivered to these non-governmental organizations, representatives were unanimous in that the upcoming process of government formation in Canton should be in line with the provisions of the Gender Equality Law, and showed support to the request of civil society in that it should not be allowed to appoint the Government without women, by which the Assembly of Zenica-Doboj Canton showed that it respects the opinion of civil society organizations and citizens.

Also, Chair of the Assembly of Zenica-Doboj Canton has called the coalition partners to respect the Law when it comes to proposing candidates for ministers in the cantonal government, as well as when proposing candidates for prime ministers, and to no later than March 3 2015, submit proposals for these candidates in a manner that will respect the equal representation of both sexes, thus promoting equal gender representation in management and decision-making processes in the future government.

Center for Legal Assistance for Women Zenica, Infoteka and Sarajevo Open Centre find that their, as well as the timely reaction of the Zenica-Doboj Canton Assembly, was a positive and laudable example of cooperation between governmental and non-governmental sectors for promoting the combat for gender equality in Bosnia and Herzegovina, and establishing BiH society on democratic principles.

Letter in its entirety can be found in B/H/S languages here.