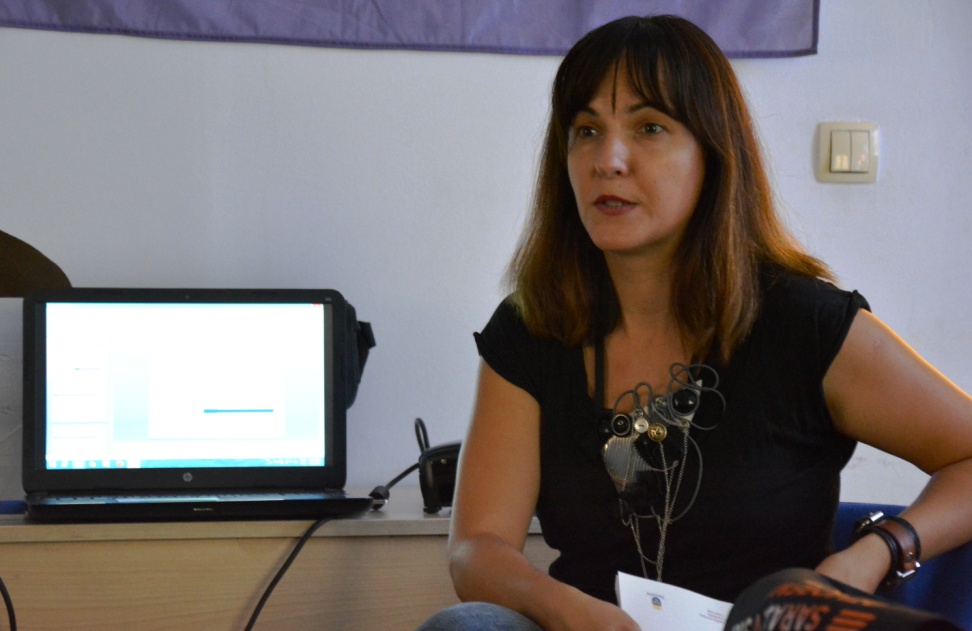 On Saturday, 05/09/2015 the first lectures of Module 3 of the Feminist School Žarana Papić took place. The lecturer and the leader of Module 3 is Danijela Majstorović, professor of English Language and Literature on the Faculty of Philology in Banja Luka where she teaches the linguistic group of subjects, discourse analysis and cultural and media studies.

In the scope of the first theme, the lecturer introduced the participants with the key terms in cultural studies, and with the relation between discourse, power and everyday life. There was a discussion about the subject matter of the cultural studies research, as well as about the ways in which cultural studies analyse culture, designating practices and representation. The lecturer presented the three pillars of cultural studies: political economy, text and audience(s), as well as different epistemological approaches to analysing culture as a structure of emotions but also to the immateriality of culture. The participants looked at the various definitions of culture itself.

In the context of Bosnia and Herzegovina, having in mind different understandings of culture, the participants tried to answer the question of what constitutes the Bosnian-Herzegovinian culture and what connects it to nation: the material and spiritual creation/production, Artifacts, rituals, socio-political fixation etc.

In the scope of the second theme, the participants dealed with the intellectual heritage of cultural studies with a special retrospect to culturalism and structuralism. The text of Raymond Williams (“Culture is ordinary“) was analysed, cultural materialism, living and recorded culture explained, as well as the selective tradition as their connecting factor. The participants spoke about the role of critique that analyses the production of meaning without giving aesthetic judgement, as well as about the erasure of differences between “high“ and “low“ culture in contemporary cultural analysis. the participants touched (anti)essentialism and social constructivism, and the examples for their understanding.

On Saturday, 19 September the lectures start at 12 P.M., and on Sunday, 20 September at 10 A.M. Danijela Majstorović will speak about Marxism and the centralism of class, about the class identities, as well as about the relation between culture and social formation. There will be talk about the subjective interpellation and ideological state apparatus, about hegemony and contra-hegemony, as well as about the role of the organic intellectual. There will also be talk about the linguistic inversion in cultural studies.