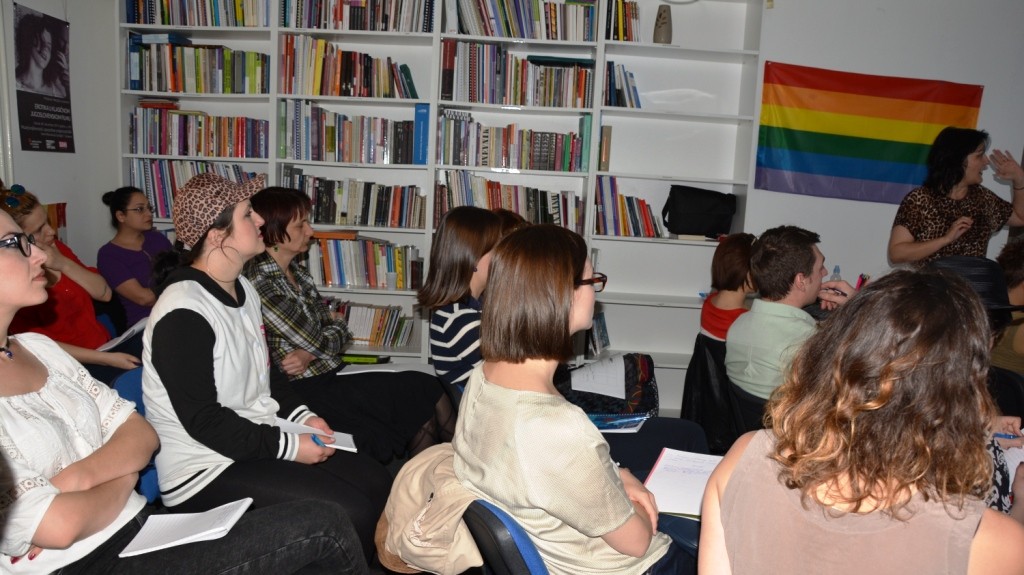 On Saturday 25 April, from 10am to 16pm, held the lectures in the framework of two modules, which we heard in the first semester of the Žarana Papić School of Feminism.

Dženita Hrelja Hasečić, PhD student of gender studies, continued the lecture about diversity and conflicts in the feminist political theory and practice, which was opened and discussed at the previous session. During the lecture it was given a historical overview of the origin and development of the feminist theory – of the enlightenment and liberalism, the first, the second and the third waves of feminism(s), as well as current feminisms, post-feminism and contemporary debates in the context of the neoliberal approach. Jelena Milinović spoke about the institutionalization of gender equality through gender mainstreaming, gender–responsive budgeting, positive measures and quotas in bh. occasions.