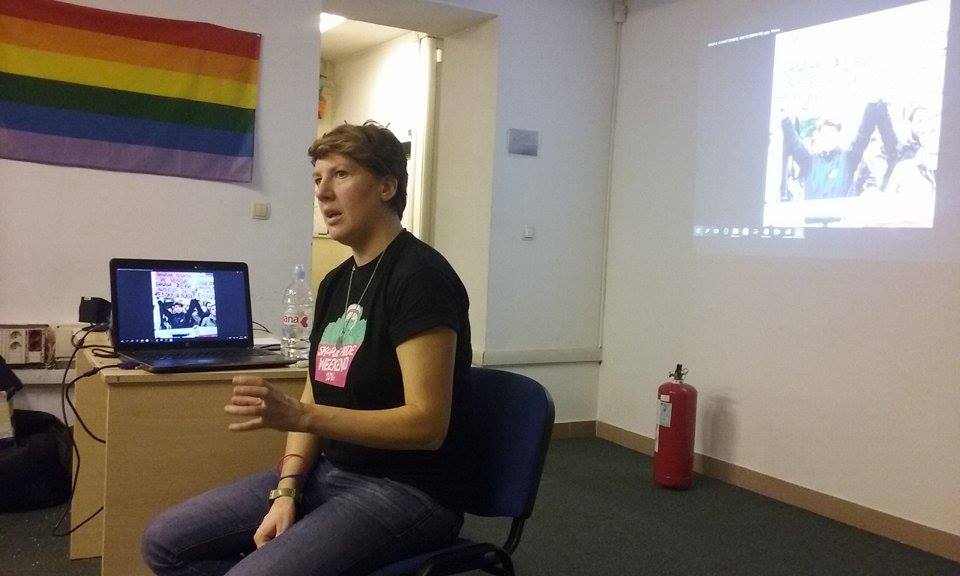 After numerous events organized for the LGBTI community, in the period January-July, it was time to open the new season of LGBTI gatherings in Sarajevo Open Centre.

Just as Pitchwise, a feminist festival, organized by our sister organization Foundation CURE, had finished, where we had the opportunity to hear and learn from wonderful women from around the world and the region, we have opened our season of gatherings with equally inspiring activist – lesbian and feminist – Biljana Ginova from Macedonia.

Biljana shared her stories and lessons learned from her activist life in over fifteen years, how they gather around feminist principles, how and when to react, and why use the street as our field of battle, whether it is protests against the regime, for better life of LGBTI people or women’s rights.

Biljana is also one of founders of LezFem, a lesbian feminist support group, where she shared what they do, how they gather and on what basis they gather.

Just as numerous activists around us, Biljana went through attacks and hate speech, many times. But she has started her story giving us a glimpse of Macedonian political background happening now, the context she comes from and which she acts upon. Every struggle and every protest is a political one, as long as we have demands and clear messages. 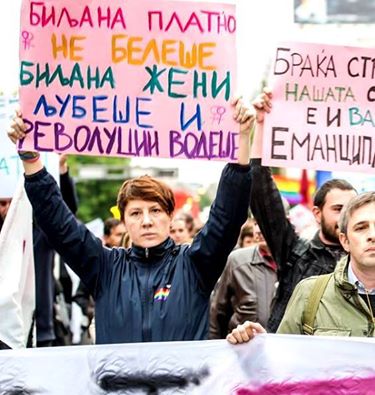 Macedonia is currently going through tough times; patriarchy is growing stronger, only if we look at the abortion laws, or attacks on LGBT Centre in Skopje, or media censorship and continuous homophobia. This is why every street protest is a protest against the regime and also a protest for our rights, weather we are LGBTI or women, or unprivileged part of society in any way.

We have also tackled the issue of being privileged even within the LGBTI community itself and, yes there are differences, it is not the same if you are well off or a trans woman living in suburbs, that’s why Biljana even after 15 years keeps contributing and exposing as much as she can, because she has to stand up for those less privileged. Biljana is always on the front line.

Inspiring, funny and courageous woman – Biljana Ginova infused us with energy to make some change in our society, no matter how privileged some of us feel. The streets will be ours! 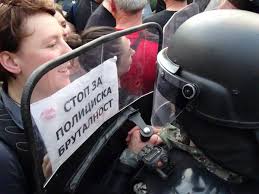