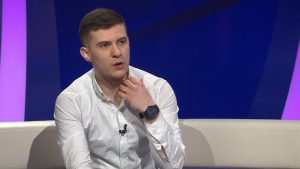 Liam Isić is 23-year-old, born in Bihać, currently living in Sarajevo due to studying international law. When he was a child his mother told him not to compare himself with other people, because he could not be like others, nor could others be like him.

Liam Isić was born as a girl. He was born in a body of the opposite sex, and in the Večernji Studio he has told us his story, the story about confronting himself, his family, and his surroundings. He talked about the process of transition – which is still in progress. He is one of the few who came out with such an intimate, private story to the public.

To read more about the article, please visit LINK.