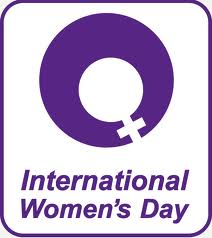 Sarajevo Open Centre, as an organization which advocates the full respect of human rights and the social inclusion of LGBT (lesbian, gay, bisexual and trans*) persons and women will relocate the struggle for gender equality and human rights to the Parliament of the Federation of BiH as a part of its planned activities for the 8th of March.

Although we have made significant progress in the last 20 years when it comes to women’s human rights and gender equality women are still frequently discriminated against and are therefore in an unequal position in the society. Women experiencing multiple forms of discrimination are in a particularly difficult position. The Gender Equality Committee of the House of Representatives of the Parliament of the Federation of Bosnia and Herzegovina, with support of the Sarajevo Open Centre and Medica Zenica, is organizing a special session entitled The Current State of Women’s Human Rights in the Federation of BiH on 8th of March 2016 at 14:00 in the Parliament of the Federation of BiH.

Prominent advocates of women’s human rights in BiH will speak at the Session: Jasna Duraković-Hadžiomerović (the President of the Committee), Ana Vuković (the Director of the Gender Centre of FBiH), Saša Gavrić (Executive Director of Sarajevo Open Centre), Sabiha Husić (Director of Medica Zenica)and Zlatan Hrnčić (Gender Center of FBiH).

This Special Session aims to offer an overview of the current state of women’s human rights and to present the challenges and priorities for 2016. The special session will be held with the support of the Swedish International Development Cooperation Agency (SIDA).

Reading of the documentary play SEVEN

Difficult life stories of these seven women and their struggle represent an incredible source of inspiration for human rights activists around the world. The play SEVEN is based on the interviews collected in 2007 which were written down by seven award-winning screen-play writers: Paula Cizmar, Catherine Filloux, Gail Kriegel, Carol K. Mack, Ruth Margraff, Anna Deavere Smith and Susan Yankowitz in cooperation with the Vital Voices Global Partnership.

In order to draw attention to the violence and inequality that women in Bosnia and Herzegovina are exposed to and that we must combat daily, The Committee for Gender Equality of the House of Representatives of the Parliament FBiH, the Sarajevo Open Centre and Medica Zenica are organizing a reading of the play SEVEN on the 8th of March at 16:00, at the Parliament of the Federation of BiH.

This time seven Parliamentarians in the Parliament of the Federation of BiH will raise their voice against violence against women. They are:

You can find the Agenda of these two events on this link.

Please confirm your attendance at this event by, at the latest, 4th of March, at: [email protected]