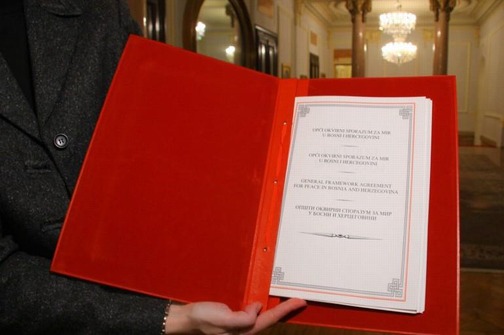 2015 marks the 20th anniversary of the Dayton Peace Agreement and various mainstream events will take place in order to commemorate the war, peace building, and progress that Bosnia and Herzegovina made in the post-war period, but Sarajevo Open Centre, with the support from Embassy of Switzerland, will present a different perspective – one focusing on the role of women in politics.

A group of young scientists/activists – Arijana Aganović, Edita Miftari and Marina Veličković will document women’s political history (1995-2015) and present it in a form of a non-fiction book. The book, printed in BCS and English, will be presented in different BiH cities (Sarajevo, Banja Luka, Zenica) and distributed countrywide and abroad. In order to mark this important date, we will also  organize a round table with key female politicians in the last 20 years.

With this research, Sarajevo Open Centre continues to contribute to visibility of women in BiH history – the book builds up on our previous publication Women Documented: Women and Public Life in Bosina and Herzegovina in the 20th Century that has been declared as the most important feminist event of the year in 2014 by the BiH magazine DANI.