History from a feminist point of view is an important topic in the work of the Sarajevo Open Centre, which used its publishing and cultural undertakings to start telling a new, alternative narrative of the female history in BiH. Read about the way SOC fights for the herstory of women in BiH in the following text.

Herstory as a concept is part of feminist criticism of traditional historiography and represents history written from a feminist perspective, the point of view of women, emphasizing the role of women in the history of the society and civilization. The role of women has been neglected around the world, through time and space, despite their major contributions in the past and the present to the development of society, politics, language, technology, art, economy, science and other aspects of life and society. These contributions are not visible enough and rarely recognized by society, thus the role of women is usually brought down to care about the family and home, and biological procreation. The reproduction of women throughout history has been broader and more important, a lot more social and political, a lot louder, albeit suppressed and unrecognized.

It has been the case in Bosnia and Herzegovina for a long time, and only individuals who live by the principles of feminism decided to put an end to such interpretations of history. After several important publications in the Gender edition which opened the door of herstory and development of feminism through time in Bosnia and Herzegovina (Somebody Said Feminism? How Feminism Influenced Women in the 21st Century, edited by Adriana Zaharijević, 4th revised edition for Bosnia and Herzegovina, 2012, and What is the Gender of Security? edited by Damir Arsenijević and Tobias Flessenkamper in 2013), Sarajevo Open Centre published an edited the doctoral thesis by Zlatiborka Popov-Momčinović, dr.Sc. which she defended at the Faculty of Political Sciences in Belgrade in 2013. The book Women’s Movement in Bosnia and Herzegovina: Articulation of One Counterculture in 2013, translated into English, was a benchmark in research and analysis of history, the position and point of view of the women’s movement and activism in Bosnia and Herzegovina, overcoming the usual oversimplified and one-sided analyses of women’s associative movement and activism which over-emphasize or completely neglect certain steps in its development. Presenting the feminist interpretation of the women’s movement in Bosnia and Herzegovina from its beginnings all the way to the post-Dayton period, this book is an inspirational read for feminist theoreticians, activists, and broader reading audience, and the same inspiration was re-articulated only a year later when Women Documented saw the light of day.

The Women of BiH forever documented 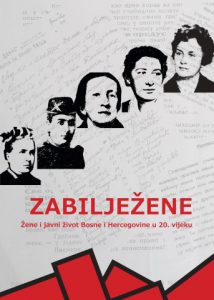 Women Documented was documented by a group of scientists and activists who decided to give their activist-academic answer to the systematic neglect of the contribution of women to BiH culture, excommunication of women from the main social currents, the loss of continuity and removal from the cultural, scientific and other form of memory in Bosnia and Herzegovina. The book Women Documented – Women and Public Life in Bosnia and Herzegovina in the 20th Century from 2014, edited by Jasmina Čaušević, represents an outline for studying the history of women in BiH. The book material was collected through interviews, conversations, research in archives and records, manuscripts and notes on the brave, interesting and successful women who did not accept blind obedience or who defied social rules and fought for a better future. Women Documented tells untold stories of BiH women who pushed the limits of the established system through non-conformist and bold actions in their environment and broader, in such a loud voice that a year later they received a second, amended and revised edition in which mistakes were corrected with additional findings. Women Documented was translated into English, and nowadays, the book can be found in personal and university libraries on at least three continents, which was made possible owing to the authors of the book and friends of the Sarajevo Open Centre through their travelling.

Since herstoriographic testimonials in the editions of the Sarajevo Open Centre have a broader socio-political reason than purely activist ones, the book Women Documented had the purpose of marking the 100 years’ anniversary from the beginning of World War I in an alternative way, thus the following important anniversary inspired further documentation of women’s history in Bosnia and Herzegovina. The final months in 2015 marked the 20th anniversary of the signing of the Dayton Peace Accords – an international agreement which brought peace and laid the foundations for arduous construction of trust and reconciliation in the BiH post-war society. Since everything connected with this agreement, the document and the process itself, is based on predominantly male points of view, it was expected that the process of celebrating the 20th anniversary of the Dayton Accords would be dominated by men, the political leaders from Bosnia and Herzegovina and the world. Thus, this was the perfect occasion to stir up the narratives on political history of the past 20 years with an insight and short overview of the political life and activities of particular women actors, politicians, institutional leaders and activists. In 2015, the book called 1995–2015: Women and Political Life in Post-Dayton Bosnia and Herzegovina, by authors Arijana Aganović, Edita Miftari and Marina Veličković, was published by the Sarajevo Open Centre and the Agency for Gender Equality BiH. This publication, just like the sequel to the story on Women Documented, puts women into the centre, now specifically in the political life in Bosnia and Herzegovina, through interviews with 15 women who contributed to the political life of Bosnia and Herzegovina in the period 1995-2015 through their work and activism, and whose experience, knowledge and perseverance made the advancement in the area of women’s politics possible.

Although they were finally told, these stories remain mere ink on paper. Our teaching curricula, especially the ones for studying and interpreting history will not be open for alternative narratives for a long time, staying at the door of patriarchal, ethnic-nationalistic interests in Bosnia and Herzegovina. Therefore, the Sarajevo Open Centre starts activities in the area of training on the protection of human rights of women, gender equality and feminism through the programs of the Equality Academy and Žarana Papić School of Feminism, five cycles of lectures and discussions under the general title Somebody Said Feminism? exhibitions, campaigns and advocating. The following are selected from these activities: Laura Papo Bohoreta – The Sephardic Woman in Bosnia, presented in June 2017 at the Museum of Literature and Performing Arts; exhibitions STAND UP, WOMAN! Europeanization & Emancipation: the Case of Nafija Sarajlić – Themes and Reminiscences, held in March 2017 and the exhibition Poetry and Museum of Razija Handžić: memory confiscation and systematic neglect of women’s contribution to culture, science and institutions in November 2016, also organised at the Museum of Literature and Performing Arts of Bosnia and Herzegovina; exhibition My house is your house, too in October 2014 at the Historical Museum of Bosnia and Herzegovina; and scene reading of the revolutionary drama Seven in 2013 and 2015 in Sarajevo, Mostar and Banja Luka.

Five cycles of the lecture Somebody said Feminism? in over 30 discussions touched upon the topics related to ideology and language, digital feminism, the relation between right-wing and feminism, women’s reproductive rights, women in the countryside, pornography, poverty, women politicians in positions of power, biopolitics written into women’s bodies, sexuality in education, feminism and women with disabilities, the relationship between the market and women’s work, the treatment of women in monotheistic religions, and many other topics we face in Bosnia and Herzegovina.

BiH herstory published by the Sarajevo Open Centre is a documentary contribution offering a point of view on where women are today and where they have always been – and they have been here, always and everywhere, in every aspect

Great contribution was made to all the listed activities which shed light on BiH herstory, owing to the women and men who enthusiastically worked with the Sarajevo Open Centre on these programs, publications and exhibitions, especially Zlatan Delić, the curator at the Museum of Literature and Performing Arts of Bosnia and Herzegovina, whose relentless scientific work in Women Documented saved BiH female writers such as Nafija Sarajlić i Razija Handžić from oblivion, and directly inspired exhibitions about them, thus making their creations and achievement public and available.

Not even ten years of work by the Sarajevo Open Centre and its partners would suffice to tell all the forgotten stories of all forgotten Bosnian and Herzegovinian women; but the alternative narrative has already been articulated, documented and presented to a wider audience. The die is cast and there is no going back. BiH herstory published by the Sarajevo Open Centre is a clear documentary contribution offering the perspective on where women are today and where they always have been – and they have been here, always and everywhere, in every aspect. It is on us to recognize their experiences, to tell their stories, to celebrate their undertakings, big and small, and to create new ones for the times that are coming. Sarajevo Open Centre is therefore always going to be on the right side of BiH herstory, and as such offer the platform for raising our voice against forgetting the women who could give birth to us, if they haven’t done so already. 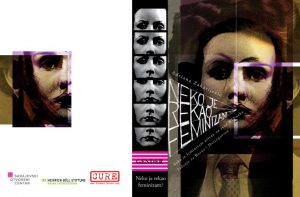