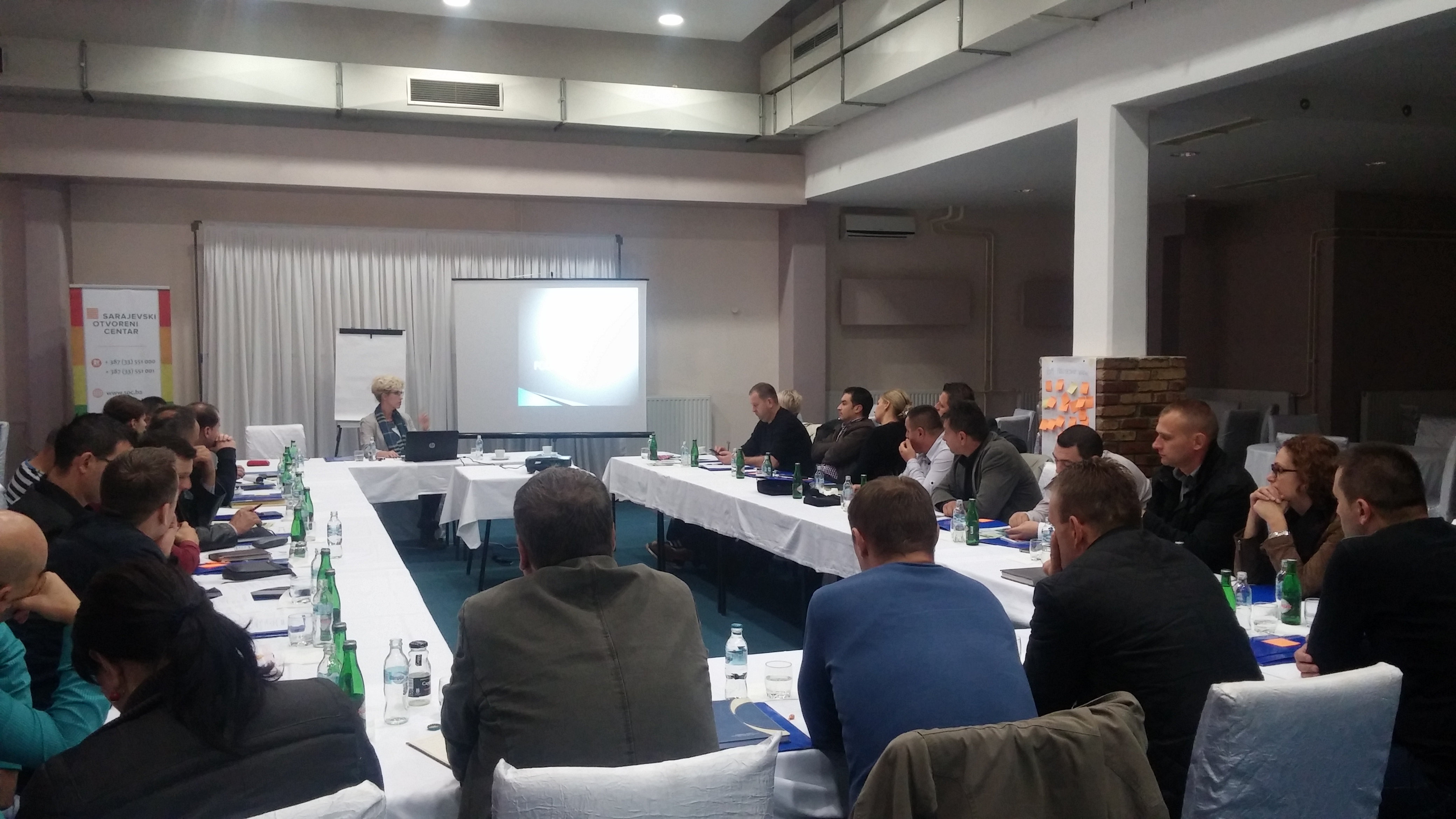 As a part of the project „Fighting Hate Crime in BiH“, financed by the Permanent Mission of the Kingdom of The Netherlands to the OSCE in Vienna and implemented by Sarajevo Open Centre in partnership with OSCE Mission in BiH, a training was held for police officers of MoI’s of: Tuzlanski, Posavski and Bosansko-podrinjski Canton on the 15th of October in Tuzla. There were 25 participants present at the training. The aim of the training was to contribute to the improvement of the police inspectors’ work in discovering these criminal offences, the awareness of the problems which arise from the incidents and criminal offences committed out of hatred, and to contribute to the need of the full implementation and protection of human rights of vulnerable groups in Bosnia and Herzegovina: Roma, LGBT people, returnees’ community, and religious and sacral property.

During the training, the inspectors emphasized that prejudice does not have room in the professional work which they carry out, and that they treat every victim of the criminal offence in the same manner, no matter the national, religious affiliation, skin color, sexual orientation etc. They stated that this training contributed to the improvement of their understanding, identification and discovery of these criminal offences, especially looking at the directives that lead to the improved recognition of prejudice-motivated criminal offences. They also indicated the need for education and awareness-raising of the public attorneys, in order for them to start and lead the investigations in the right direction. That way, joining forces in the regular investigations, by using adequate sanctions, they would contribute to the lowering of the number of criminal offences committed out of hate, as well as to the spreading the message to society that such kind of acts won’t be tolerated.

Inspectors stated that the training was beneficial, and that they will put more attention to these issues in their future work, through the approach to the victim, writing detailed reports, as well as through the transfer of the knowledge acquired at the training through future team work.