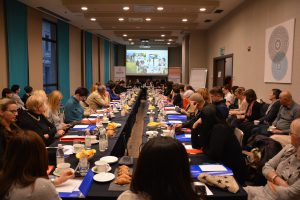 In Sarajevo, on 19 December 2017, Sarajevo Open Centre organised the roundtable on human rights of LGBTI persons, the topic being „To act locally towards systematic support to LGBTI persons in Canton Sarajevo”, in the scope of the project „Building institutional networks of support for lesbian, gay, bisexual, transgender and intersex (LGBTI) persons in Canton Sarajevo“, financed by the Marginalized Populations Support Activity in Bosnia and Herzegovina (USAID/PPMG).

The roundtable was organised with the aim to present the results of the work on human rights of LGBTI persons on local and cantonal level in Canton Sarajevo, and to encourage discussion on issues important to LGBTI persons, that can be realised and improved on local and cantonal level. Also, during the roundtable we opened and discussed issues, searched for solutions and planned the future activities and cooperation with the institutions in this area, with around 60 participants.

During the roundtable we discussed the recent success in the field of sensitizing the representatives of the Canton Sarajevo institutions – Centre for Social Work, Psychiatric Hospital Jagomir, Ministry of Labor, Social Policy, Displaced Persons and Refugees and its sectoral institutions, Cantonal Prosecutor’s Office, for the work with LGBTI persons.

The introductory speeches were delivered by four speakers, and the discussion moderator was Slobodanka Dekić, MA of Democracy and Human Rights. The panellists looked back at the trainings with the above-mentioned institutions and talked about the standards in the work with LGBTI persons and their treatment in health care system, social and criminal protection system, and also about the local institutions’ obligations in protection from discrimination based on sexual orientation, gender identity and sex characteristics.

Iva Žegura, MA, specialist in Clinical Psychology from Croatia talked about the contemporary approaches to psychology and psychiatry in the work with LGBTI persons. She reviewed the previous treatment of homosexuality as a disease and its official removal from the list of diseases; the LGBTIQA+ spectrum and terminology; the ethical principles in the work of psychologists and psychiatrists; the “psychology of sexuality”; the importance of having sex education in education programmes, with the aim of having sexually responsible young people.

Dajana Cvjetković, MA in Communications, talked about the professional approach to LGBTI persons in the health care institutions, and about the need to improve the knowledge of the providers of public services. Dajana, as one of the authors, presented the the manual for the representatives of the institutions that work on municipality, city and cantonal level in BiH, and that SOC published this year – Towards responsible and professional work with lesbian, gay, bisexual, transgender and intersex persons. The manual deals with the principles of work with LGBTI persons in health care, social work, education, criminal investigation, local and cantonal authorities.

Naida Kučukalić, expert in human rights, focused on the system of social protection and the adequate approach to LGBTI persons in it. Through her speech, she tried to explain why and how it happens that a certain person who is part of one of the marginalized social categories finds him/herself in an unfavourable situation in the system.

Vladana Vasić, lawyer and advocacy manager in Sarajevo Open Centre, talked about the experience of violence towards against LGBTI persons, primarily about the cases that SOC documents, the role of judiciary in these cases, and she also look at the results of the public opinion research in the last three years, in terms of attitudes towards LGBTI persons in BH society, as well as at the results of the research SOC conducted this year – Numbers of Equality 2. Research on Problems and Needs of LGBTI Persons in Bosnia and Herzegovina in 2017.

After the speeches, there was a quality discussion, during which many different questions were asked and comments given, from praises to the recent cooperation between the institutions and Sarajevo Open Centre, through emphasizing specific issues, modes and possibilities for their solution, to suggestions for the continuation of cooperation. The participants rated the event as very well organised and thanked the organised for the opportunity to talk about this important topic at this particular time and place. 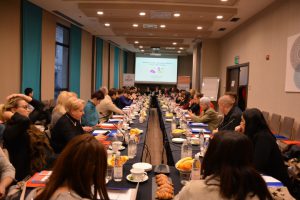 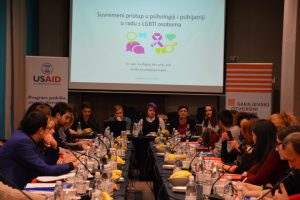 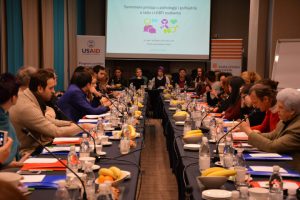 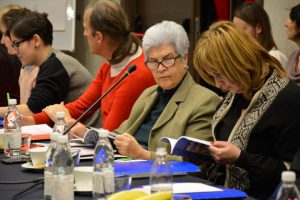 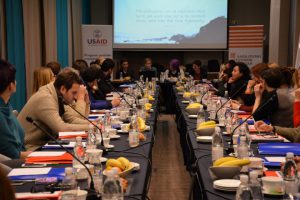