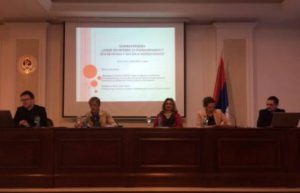 Conference Public policies for the equality of LGBTI people in BiH was held the 23rd of May in the Government of Republika Srpska’s Administrative centre in Banja Luka. The conferece was organized by Sarajevo Open Centre and Gender Centre – Centre for gender equity and equality, with the support of Agency for Gender Equality of Bosnia and Herzegovina and Gender Centre of the Federation of Bosnia and Herzegovina.

The aim of the Conference was to symbolically mark the beginning of strategic institutional work on LGBTI human rights in BiH, after the governments of Republika Srpska and Federation of BiH have adopted their annual operational plans for gender equality for 2016, which also include set of measures concerning the rights of lesbians, gay men, bisexual, trans* and intersex persons.

Samra Filipović – Hadžiabdić, the director of Agency for Gender Equality of BiH; Višnja Ljubičić, Ombudswoman for Gender Equality in Croatia: Mirjana Lukač, the director of Gender Centre of Republika Srpska and Danijel Kalezić from Queer Montenegro were the panellist on the first panel. This panel focused on the presentation of the Council of Europe 2010 Recommendation (CM/Rec(2010)5) on combating discrimination based on sexual orientation and gender identity and the mapped needs for action in Bosnia and Herzegovina and its two entities – the Republika Srpska and Federation of BiH.

Second panel was focused on human rights of trans* persons and legal gender recognition. Borjana Peruničić, the representative of  The Protector of Citizens of the Republic of Serbia; Jelena Simić from the Law faculty of Union University in Belgrade and Vladana Vasić from Sarajevo Open Centre spoke about experiences from BiH and Serbia.

After the Conference ended, Emina Bošnjak, Sarajevo Open Centre’s programme manager awarded Gender Centre of Republika Srpska for the promotion of human rights of LGBTI persons in BiHin 2015. This award was also given to Agency for Gender Equality of BiH, Gender Centre of FBiH, N1 television and to the independent journalist Kristina Ljevak. You can read more about the award on the following link.

In the following period, more attention will be payed to the development of a comprehensive plan of measures for the equality of LGBTI persons. Such a plan would clearly instruct governmental institutions of BiH, as well as the institutions of the entities and Brčko District how to act in order to achieve higher level of protection and respect of human rights of LGBTI persons. At the Conference Saša Gavrić has briefly presented the Proposal of measures for the equality of Lesbian, Gay, Bisexual, Transgender and Intersex (LGBTI) persons in Bosnia and Herzegovina for the period 2017 – 2019 developed by Sarajevo Open Centre in desire to support such work of the institutions. 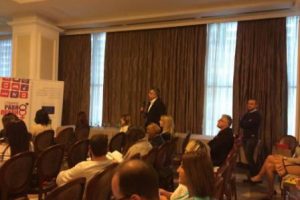 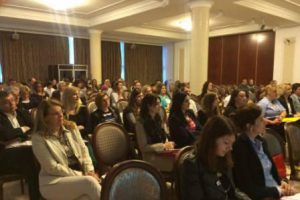 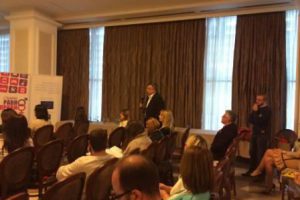 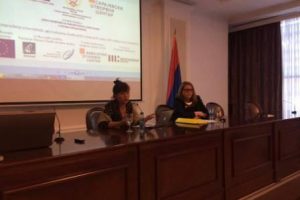 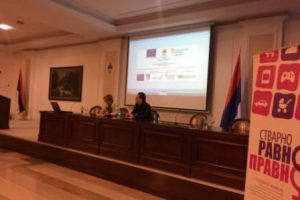