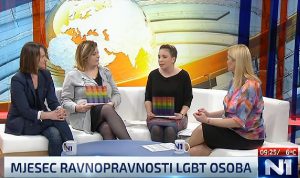 SOC is awarding prizes for the second year in a row for the promotion of human rights of LGBTI persons in BiH. The award is given to persons/institutions and media/journalists that have distinguished themselves over the past year and largely contributed to the protection and promotion of the rights of lesbian, gay, bisexual, trans* and intersexual people in Bosnia and Herzegovina.

As part of the program for marking May – equality month of LGBTI people, this year’s award has been assigned to gender institutional mechanisms: the Agency for Gender Equality of BiH, Gender Centre FBiH and Gender Centre RS as institutions that significantly contributed to improving the situation for LGBTI personsin the past year. Their undoubtedly commitment to equality and inclusion of LGBTI people in the mainstream of BiH’s society, as well as the inclusion of specific measures for the promotion and protection of the rights of LGBTI persons in the annual operational plans for the implementation of the Gender Action Plan, puts all three gender institutional mechanisms as institutional pioneers in this fight.

In the category media/journalists, N1 is recognized as a media that has reported in the pastand this year in a professional and ethical manner about LGBTI people and the problems which this social group faces every day: rejection, violence (hate crime) and discrimination, through a series of programs and contributions. The prize was also awarded to an independent journalist Kristina Ljevak who has been courageously dealing with political, cultural and social issues of LGBTI people in our countryfor almost 10 years. Kristina Ljevak’swriting is an example of responsible journalistic engagement, which implies personal initiative, creativity and opening space for articles in which attention is paid to business success, artistic challenges and different opportunities related to LGBTI people, not only because of their sexual identity, but because they are people worth writing about.

Kristina as a journalist is publicly speaking through her work about LGBTI people through important social issues in a responsible, creative, continuous and consistent way.

Last year’s winner of the Award for the promotion of human rights of LGBTI persons in BiH are Josip Bilandžija, on behalf of the Ministry of Interior of the Sarajevo Canton, and journalist Marija Arnautović and Selma Boričić on behalf of the Radio Free Europe.

Sarajevo Open Centre will continue with this prize awardin the following year too, and we are announcing that in December there will be an open competition for the nomination of persons and institutions for this Award, and in the first half of 2017, the jury will select the short list and Award winners. 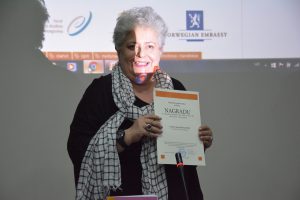 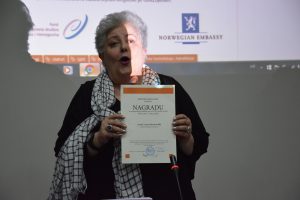 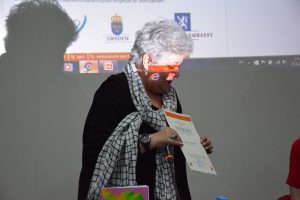 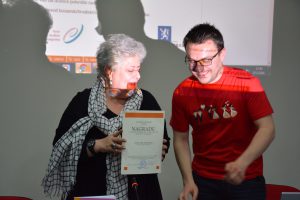 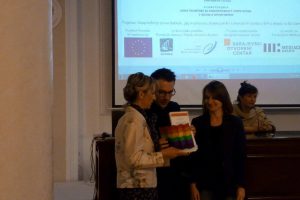 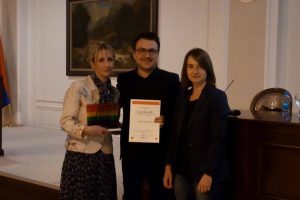 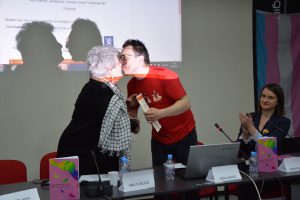 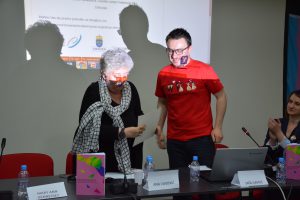 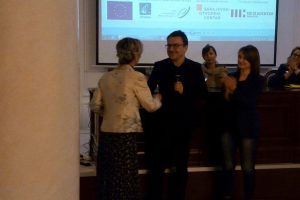