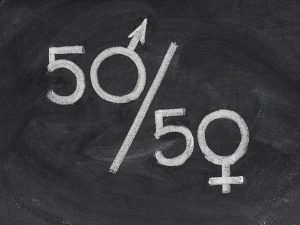 “The full and complete development of a country, the welfare of the world and the cause of peace require the maximum participation of women on equal terms with men in all fields.”

What the United Nations concluded in the preamble of the Convention on the Elimination of Discrimination against Women in 1979 provides a basis for advocating gender equality, especially in terms of education, economic and political empowerment. Unfortunately, women still face a number of obstacles in dominantly male societies in Europe and around the whole world. So, how to eliminate structural discrimination and open doors for women to work outside of their perceived expectations?

Gender quotas were introduced in several European countries in order to recruit more women into leading positions in economy and politics during the last couple of years. Quotas are fixed numbers or percentages of underrepresented groups or sex that have to be met when filling certain positions or boards. In order for the quota regulations to be effective and to actually represent the needs of the minority group, a critical mass of 30-40% is required. In most European countries gender quotas are used in politics, economy and civil services, but there are many different kinds of quotas with different binding character and effectiveness.

As one of the first countries to introduce gender quotas, Norway’s parties tried to increase the participation of women in politics by voluntarily introducing gender quotas for their candidate lists in the 1980s. Since then, the number of women in the Norwegian parliament rose steadily and already in 1990 the percentage of women in parliament was 36%1. Changes in the economy happened later, yet with the introduction of the Gender Equality Ombud in 2003 a lot earlier than in most European countries. The law, which came into force in 2006, requires market-listed companies to fill 40% of the seats in their supervisory boards with women. Companies were given a period of 5 years to fulfill requirements and risk being denied registration as a business enterprise or being forced to dissolution by court in case of non-compliance. In 2015 the percentage of women in boards of companies in Norway was 38.7%2.

Left-wing parties in Spain were first to adapt voluntary gender quotas for candidate lists and party executive boards in the 1980s. By passing the Law of Equality in 2007 all political parties were finally summoned to put forward lists on which 40% of the candidates are women, otherwise candidate lists are rejected. Therefore, the percentage of woman in the Spanish parliament rose from 15% in 1990 to 39% in 20161. Moreover, state-controlled and market-listed companies or companies with more than 250 employees were required to increase the percentage of women in their executive boards up to 40% until 2015. Companies are motivated by the promise to be preferably given contracts if they are obeying the law. Accordingly, the percentage of women in boards of companies in Spain rose from 10.6% in 2011 to 18.8% in 20152.

Following the constitutional reforms in 2003, Italy’s regional governments adopted gender quotas in the electoral process which requires the same amount of female and male candidates on their candidate lists. Non-compliance is sanctioned by rejecting the candidate lists or financial punishment, depending on the region. Consequently, the percentage of women sitting in the Italian parliament increased from 13% in 1990 to 31% in 20161. In order to support the participation of women in economics, a new law was passed in summer 2011 demanding at least one third of both genders to be represented in executive boards of state-controlled and market-listed companies. Companies are threatened by financial sanctions if not obeying the law. As a consequence, the percentage of women in boards of companies in Italy rose remarkably from 4.2% in 2011 to 24.6% in 20152.

Candidate lists of all parties running for the elections of the National Assembly (Assemblée nationale) and the Senate are demanded to put forward equal amounts of female and male candidates (only 2% difference is allowed). Non-compliance will be sanctioned by financial punishment. Therefore, the percentage of women in the French parliament rose from 7% in the 1990 to 26% in 20161. On the 13th of January 2011 a law in order to increase gender equality in French economics was passed, too. Companies which are market-listed or have more then 500 employees are demanded to increase the percentage of women in supervisory and administrative board to 20% until 2014 and to 40% until 2017, otherwise positions have to stay vacant. In case of non-compliance companies are sanctioned financially, for example by not receiving attendance fees for supervisory and administrative boards. Consequently, the percentage of women in boards of companies in France increased from 18.2% in 2011 to 34.4% in 20152.

Belgian parties started in the 1970s and 1980s to adapt voluntary gender quotas in order to increase the participation of women in politics. In 2002 the Gender Equality Act was passed which demands political parties to put forward an equal amount of female and male candidates (the difference can not be bigger than one), otherwise their candidate lists are rejected. This gender quota applies for the elections of the Lower and Upper House as well as for elections on a sub-national level. Thus, the percentage of women in the Belgium parliament increased from 9% in 1990 to 39% in 20161. As most of the European countries, Belgium passed a law in summer 2011, requiring at least one-third of the members of executive committees in state-controlled or market-listed companies to be women. Non-compliance results in financial punishment or positions being left vacant. Accordingly, the percentage of women in boards in Belgium rose from 10.8% in 2011 to 27% in 20152.

The candidate lists of the Labor Party (Partij van de Arbeid) are alternated between men and women since 1987. Other parties adapted different gender quotas later. The percentage of women in the Dutch parliament in 1990 was already 21%1 which is relatively high in comparison to other European countries at that time. However, the percentage increased to 37% in 20161.  In order to support gender equality in Dutch economy, a new law was adapted in summer 2011 requiring market listed companies or companies with more then 250 employees to fill their executive boards with at least 30% of each sex, otherwise they will be sanctioned. Therefore, the percentage of women in boards of Dutch companies increased from 16.2% in 2011 to 24.4% in 2015[1].

Since the party Alliance 90/The Greens (Bündnis 90/Die Grünen) introduced a 50% quota for women in 1986 on party lists, other parties started introducing similar gender quotas as well. The Left Party (Die Linkspartei) for example requires 50% women in all party offices. The amount of women in the German Federal Parliament (Deutscher Bundestag) was 39% in 20161. On the 6th of March 2015 a law was passed that requires market-listed companies to fill their seats in steering boards at least to 30% with women, otherwise positions have to stay vacant. As one of the last countries in Europe, this law in order to provide equal access to leading positions in economy came into force only in 2016 in Germany. Furthermore, around 3500 smaller companies have to set themselves goals in order to increase the amount of women in their directorates and boardrooms. What is more, the German government has plans to increase the quota to 50% and introduce quota regulations in order to increase the number of men working in kindergarten, primary schools etc.

In times of the Socialist Federal Republic of Yugoslavia quotas ensured women to be represented in parliaments and unions, yet the real political power of women was little. During the elections in 2015 in Croatia, 40% of the candidates for parliament of each party were required to be women for the first time. However, candidate lists which did not comply with the requests were not rejected, but parties were to pay a penalty. As a result, the percentage of women in parliament dropped to 13%[2] which is the lowest percentage since 2000.

Opponents of the idea of gender quotas doubt the effectiveness and fairness of them, whereas supporters hope that with the help of quotas, barriers and prejudices against women could be removed in the long-term. Looking at the listed examples, numbers clearly show that many European countries succeeded in actually increasing the numbers of women in leading positions in politics and economy by introducing Gender Equality laws including gender quota regulations. Another important factor to reach real gender equality is that parties involve gender quotas into their internal structures and their programs, so women and men have equal access to offices on all political levels. In conclusion, gender quotas brought major change in terms of gender equality, but at the same time they are only efficient if appropriate sanctions hinder people from omitting the laws in politics or economy.

[2] “Gender Diversity on European Boards” – A European Women on Boards study by ISS and EWOB, April 2016