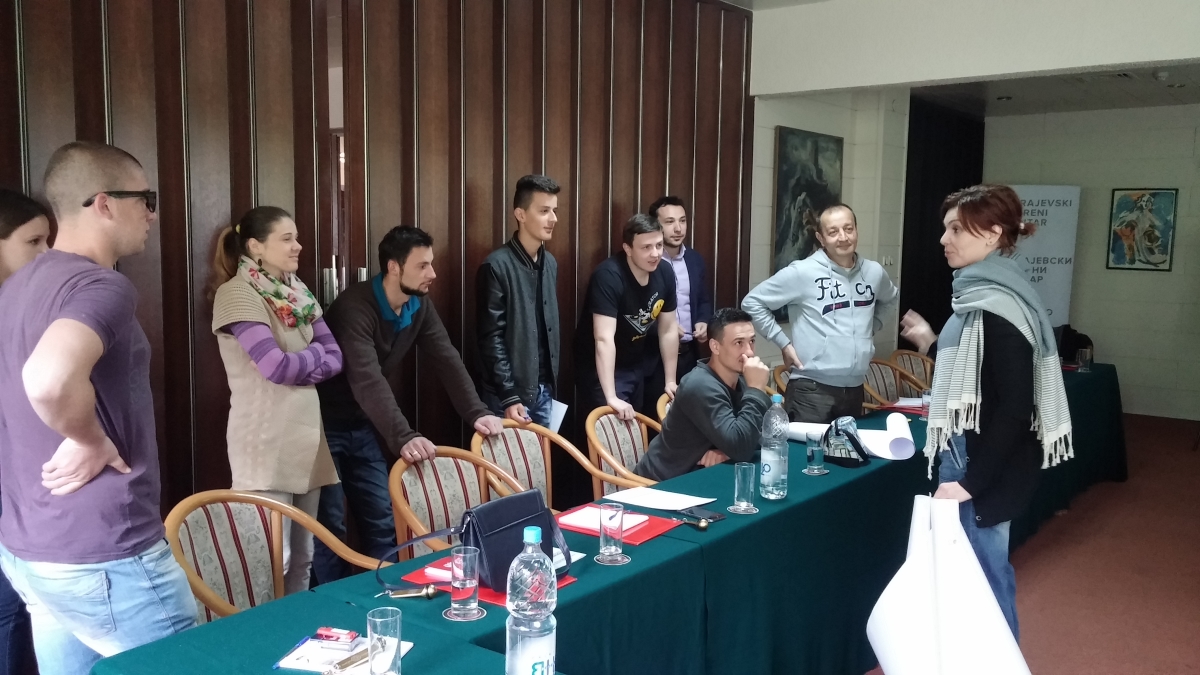 As a part of the „Fighting Hate Crime in BiH“ project, financed by the Permanent Mission of the  Kingdom of The Netherlands to the OSCE in Vienna, implemented by Sarajevo Open Centre  in partnership with OSCE Mission in BiH, a training on the subject bias motivated crimes for the representatives of civil society, local communities, and individuals who are working on the prevention of incidents and bias motivated crimes and contribute to the process of reconciliation was held on 28th and 29th April in Sarajevo.

The goal of the training was to present the knowledge and experiences to the participants through the topics that they had no opportunity to listen so far, but that could help them in their future work in better prevention and fight against bias motivated crimes.

Within two days of training, participants had the opportunity to listen, but also to actively participate in different ways in the program of the training. During the first day of the training, in order to combat the human rights violations on the basis of prejudice, concepts of discrimination and bias motivated crimes were presented, as well as the ways how to recognize discrimination, and the forms of discrimination. The importance of Anti-discrimination Law was discussed later on, and how to use this Law in the fight against bias motivated crimes. The session was held by Adnan Kadribašić from OSCE Mission to BiH.

On the second day of the training, the participants had the opportunity to hear more about LGBT issues. Basic concepts of human rights of LGBT people, and prejudices as a motive for committing bias motivated crimes were introduced. The session was held by Naida Kučukalić from Sarajevo Open Centre.

On the same day, the participants learned more about bias motivated crimes on the grounds of sexual orientation and gender identity. Participants were guided by Mladen Antonijević from Belgrade.

This training is part of a series of trainings and educations which will be continued in the upcoming two years period, in order to strengthen capacity and knowledge of people who work in institutions of law enforcement, in courts and prosecutions, but also of representatives of civil sector on the subject of bias motivated crimes.