On the streets of Sarajevo, Banja Luka, Mostar and Tuzla from 7-21. March 2018 citizens have opportunity to see the billboard campaign with the symbolic name naWIKIvanje.

There are 4 times more articles about men than there are about women on Wikipedia, and 9 out of 10 persons creating and editing content on Wikipedia are men. That is why goal of this campaign is to encourage citizens not to ask themselves which woman founded the first girls’ school in Sarajevo or who was the first doctor in B&H, but to visit Wikipedia and read about the work and contribution of these women, and also to add content about significant Bosnian Women on Wikipedia themselves.

This campaign, as well as WikiGapBiH – Edit-a-thon represent the commencement of a campaign to reduce gender inequality on the Internet, which should encourage all of us who want to contribute to this campaign to do so by publishing content on the Internet about important, inspirational, revolutionary Bosnian Women. There are many of them that are still invisible on the Internet. Let’s fill the gap! It must not be allowed for work of Bosnian women to remain hidden, and therefore we insist that the knowledge about Bosnian women must be published on Wikipedia!

The billboard campaign is being implemented with the support of the Swedish International Development Cooperation Agency (SIDA). 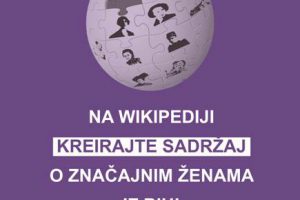 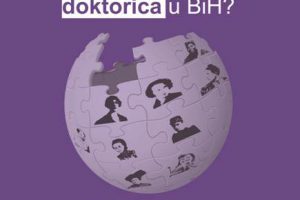 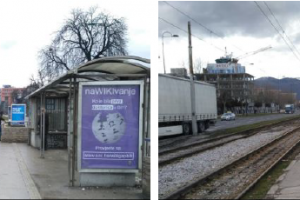