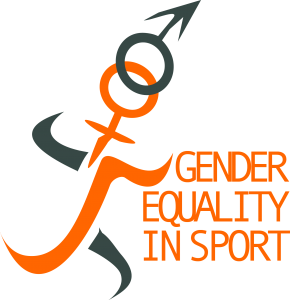 The amended Law on Sports in Bosnia and Herzegovina came into force in September 2016. The Law introduced the obligation to form the BiH Sports Council, advisory body to the Council of Ministers in the area of sports. By adopting these amendments BiH has, for the first time, regulated the equal participation of women in the Sports Council (it can be formed if both sexes are represented with minimum 40%).

During 2016 Sarajevo Open Centre had been actively working on the Proposal of the Law on Sports that was adopted in September 2016, after the initiative of the representative Maja Gasal Vražalica. Besides the equal participation of both sexes, the Law regulates equal availability of sports regardless the sex, as well as gender responsive budgeting that becomes an obligation for the Ministry of Civil Affairs, and also the prohibition of discrimination on all grounds, including disability, age, sexual orientation, gender identity and sex characteristics, in accordance with the Law on Prohibition of Discrimination and Law on Gender Equality.

However, a year and a half after the adoption of the amendments to the Law on Sports, the Sports Council has not yet been formed.

The representative Maja Gasal Vražalica, on this occasion, says: “By adopting the amendments to the Law on Sports, where it is clearly prescribed that the Sports Council should be equally represented (in terms of both sexes), and by adopting the amendment that introduces gender responsive budgeting, from that moment on, there have not been any changes, except on paper. That is a classical example of dividing ruling positions to “party obedients”, while women within the ruling parties are not rebelling against such practices, to their colleagues in the political parties nor to their colleagues in the Parliament, but stay silent and vote according to agreements between men in the parties and coalition circles”.

We remind that the Sports Council is an advisory body to the Ministry of Civil Affairs whose members are nominated by the BiH Council of Ministers. The Council has 17 members that are elected from prominent athletes and workers in the sports sector, and its mandate is four years. Members are being suggested by: Ministry of Civil Affairs (seven members), BiH Olympic Committee and Para-Olympic Committee (three members), three members from the entities, in consultations with the entity and cantonal ministries in charge of sports, and Brčko District (one member). 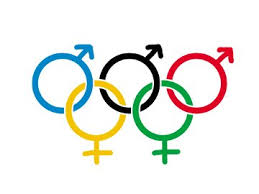 According to information that Sarajevo Open Centre received from the Ministry of Civil Affairs (its Sports Sector), the problem with the formation of the Sports Council has not been with the equal representation of both sexes (each proposal has one woman), but with the proposal of members from the Federation BiH Government, because three members that the Government proposes are not reflecting the national citizens structure in the Federation BiH (which has to be satisfied for all elected/nominated positions, according to the BiH Constitution). By receiving such proposals, the Ministry of Civil Affairs sent the information to the Council of Ministers – that they are not able to form the Sports Council because of that, and are still waiting for the Council of Ministers to adopt a conclusion and issue an instruction to the Federation BiH Government for them to change the proposal of members.

Maja Gasal Vražalica is not surprised by this delay, nor by the reason behind it. “In Bosnia and Herzegovina, the moment we are born, we are primarily divided according to the national key – ethnic group, and only then according to sex/gender. When there is need to form any state body, first comes the national key, and only then sex. That means that we need B/H/S and, of course, it is immediately assumed that those are men, and when we note them that they violate the Law on Gender Equality and that those positions should also be reserved for the less represented sex, they struggle to find women B/H/S and satisfy all (from ethnic to sex), instead of starting with sex and going towards the ethnic group”, concludes Maja Gasal Vražalica and adds that the lack of political culture has become our reality, and “counting blood parts” has become the basic reference of quality and continuity, which brought us to the situation where it is only important to satisfy the ethnic criterium, while gender equality is the issues that only individuals care about.

“It is sad to see that people like Razija Mujanović are recognized in the World Sports Hall of Fame and not in the BiH Sports Council, not because Razija is a woman, but because she is Razija, world renowned athlete and the pride of the world, but is seems that she is not the pride of Bosnia and Herzegovina, or she is – if some of the officials wants to make a selfie and declaratively show his/her support”, emphasises Ms. Gasal Vražalica.

Currently, there is no body that does the work and duties of the Sports Council.