The BiH institutions’ Labor Law regulates rights related to labor relations in the BiH institutions. With the aim to improve the current regulation of maternity leave and protection from discrimination (harmonization with the BiH Law on Prohibition of Discrimination), representative in the House of Representatives of the BiH Parliamentary Assembly, Maja Gasal Vražalica, in February 2018 directed the initiative to amend the Labor Law. The amendments aim at improving the recognition, enjoyment and exercising the rights that relate to the maternity/parental leave. Some of the amendments were made in cooperation with Sarajevo Open Centre.

The amendments follow the positive steps in this area made in the Federation BiH Labor Law (2016), such as defining parental leave as the right of both parents. One of the amendments suggests the right of the parent/employee to 10 days absence from work when the child is born.

Also, these amendments go towards introducing gender sensitive language, so the Proposal Law suggests the provision at the beginning of the Law: “all terms that are given in one grammatical genus, relate to men and women without discrimination”. 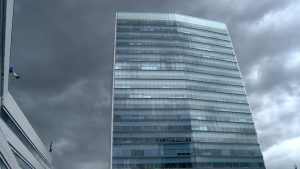 In cooperation with Maja Gasal Vražalica the amendments that had already been included in the Proposal Law to amend the BiH institutions’ Labor Law were submitted. Sarajevo Open Centre will, in the coming period, put forward a set of amendments developed with the aim to regulate parental leave in the adequate manner. We expect the relevant committees and the Parliamentary Assembly to accept these amendments during the next sessions, that would significantly improve the maternity/parental leave and protection from discrimination based on sex in the BiH institutions.