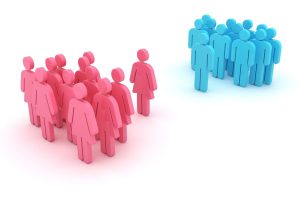 The Gender Equality Agency of Bosnia and Herzegovina issued a recommendation to Television Sarajevo (TVSA) regarding the broadcast form July 2018 containing violation of the Gender Equality Law, which discussed the public debate on the Draft Code of Behavior and Clothing at the University of Sarajevo.

During the informative show “BH Dnevnik”, video materials from the public discussion held at the Faculty of Political Sciences were presented, with the host commenting on the behavior and dressing of the present people at the gathering, not the content of the meeting that was discussed, and all the time in conversation with the guests of the show, Haris Zahiragić, questions and comments suggested how such dressing and behavior of the people who were commented was inappropriate.

Considering that the TVSA violated Article 21 of the Gender Equality Law by presenting the participants in the public in a humiliating manner and emphasizing their bodies and physical appearance as a problem, without mentioning their arguments presented at the public debate, the Sarajevo Open Centre appealed to the Agency for the gender equality.

After inspecting the program content, the Agency noted that in the mentioned content “the participants in the public debate were reduced to their sexual and aesthetic-fashion attributes, while the content of the attitudes and arguments presented in the discussion by the same persons was neglected” , which constitutes a violation of the Gender Equality Law, which prohibits “the public display of any person in an offensive, degrading manner according to gender”.

In their statement, Sarajevo Television expressly rejected the SOC’s accusation, stating that during the show “they did not bring any qualifications or worthwhile judgments”, and that “the participants of the public debate were adult persons who were aware of the presence of the media”. In November, the SOC responded to the TVSA’s statement, remaining in its original claims.

On the fourth of January this year, the Gender Equality Agency issued a Recommendation to Television Sarajevo because “it was established that there are elements of violation of the Gender Equality Act”, and that “the arguments previously made by the TVSA are not convincing.” The recommendation requires the Editorial College of the TVSA, the members of the management / supervisory structures and all the employees to get acquainted with the contents of the “Recommendations regarding gender stereotypes and sexist attitudes and languages in the media in Bosnia and Herzegovina”, by the Gender Equality Agency of BiH, and that the Editorial College analyzes the technical and / or personnel details that led to that omission and takes the necessary measures to overcome similar developments in the future.

Sarajevo Open Centre welcomed the Recommendation of the Gender Equality Agency. We believe that it is very important to point out the problem of gender-based discrimination in media reporting, since the media plays a major role in creating public opinion and combating prejudice. We hope that Sarajevo Television, as well as other media in Bosnia and Herzegovina, will prevent the broadcast of such controversial contents in the future.