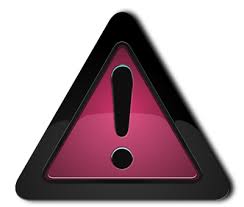 On the 17th of May we mark the day that 25 years ago homosexuality was deleted by the World Health Organization from the ‘International Classification of Diseases’. It is only 25 years ago, I would like to stress. Until that day, a gay person was supposed to be affected by a mental disorder. I think that’s real progress.

And there is more of that: in 2001, my country was the first to allow same sex marriage. By now, there are 18 countries where civil marriage is possible for people of the same sex. Interesting detail: these countries are as diverse as Brazil, Iceland, New Zealand and South Africa.

In the Netherlands, we have an unambiguous government policy that discourages, prevents and sanctions, if necessary, discrimination on the basis of sexual orientation and gender identity. This policy is based on the principle of non-discrimination. My country holds the view that this principle has to be implemented on all grounds and has to be applied worldwide.

Because universality is the basic assumption of the human rights policy of The Netherlands, no group may be excluded from exercising the fundamental rights of man. From this principle of universal validity follows that tradition, culture and religion should never be used as a pretext or justification to humiliate or exclude homosexual people – let alone, for imposing the death penalty on them.

As representatives of The Netherlands abroad, diplomats have a role in promoting acceptance, emancipation and worldwide protection of the rights of homosexuals, bisexuals and transgender people. That is not an easy mission, because these issues are sensitive issues in many countries and regions. We are aware of that and we respect that. But, as I said, considerations of tradition, culture and religion can never be sufficient to overrule the principle of the universality of human rights.

Even in countries that do not criminalize homosexual acts, gay people are often in a very difficult position – accepted for who they are by neither their family, nor their government, nor by society as a whole. Indeed, the realities of life can be harsh for LGBT people. They face major obstacles to enjoying their economic, social and cultural rights: discrimination, exclusion and even aggression are never far away. It happens at times that even where homosexuality is no longer a crime, authorities, like the police, discriminate. For instance, by not intervening in violent, homophobic incidents. This divide between legal and factual protection obstructs real equality.

Although we are not there yet, in my country, as far as full emancipation of LGBT people goes, the importance of this issue is clear to the vast majority of Dutchmen: everybody should be allowed to show who he or she really is and whom he or she loves. This attitude did not happen overnight: it took many, many years and the efforts of many courageous people. But most of all, it took the understanding of ordinary citizens that, for instance, when a woman falls in love with another woman, it is not the end of civilization and that it will happen again. And again. And again.

So, they decided to come to terms with it, to accept homosexuality as a fact of human life and gave it a place in society. I sincerely believe our community is the better for it. 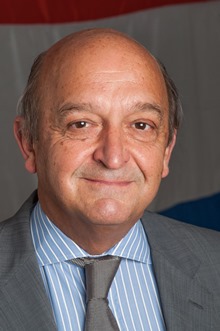 We are at ease with the current situation, in which LGBT people can be themselves, because the neighbors do not begrudge them their life style and gay people can count on protection in case of violence, hate speech and discrimination, just like any other citizen.

But in many parts of the world the rights of homosexuals, bisexuals and transgenders are still being violated. That’s why this theme – non-discrimination on the basis of sexual orientation – is a central priority of the foreign policy of my country.

For that same reason, this embassy will, in the process of Bosnia’s EU accession, monitor the adoption and the implementation of the European ‘acquis’ on the human rights of LGBT people. Decriminalizing homosexuality and countering discrimination based on sexual orientation are core achievements of Europe. Just like ‘Erasmus’, ‘Schengen’ and the Euro. Sometimes it useful to remind citizens of candidate member states that the EU is not only about transport corridors, food safety and competitiveness. The Union is not a glorified buyers’ cooperative or a mega shopkeepers’ association; I deeply believe that, in its core, it is a community of values.

A day, like the 17th of May, is a useful reminder of where this country is heading. Because one day, Bosnia-Herzegovina will be part of that community of values, a shared space in which there is no place for homophobia. That is why I am very encouraged by the decision of the BiH Parliament’s Joint Committee on Human Rights to organize a special thematic session on LGBT issues on the occasion of 17 May, the International Day against Homophobia, Bi-phobia and Transphobia.

I hope this session will show that politicians, parliamentarians, administrators and civils servants, are prepared to unite with activists – straight and gay -, NGO’s, international organizations and diplomats in an important effort: the fight for equality and dignity for all, regardless of who you are or whom you love.

Jurriaan Kraak, Ambassador of the Netherlands in Bosnia and Herzegovina