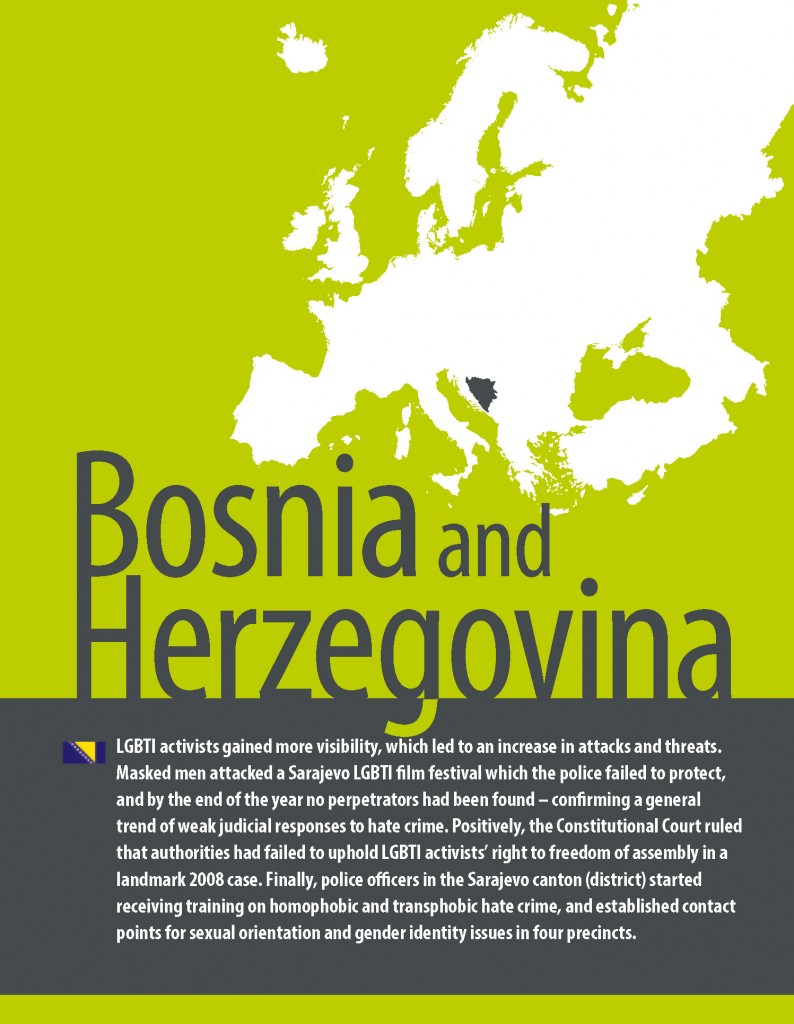 Launched in Montenegro, at the 2015 European IDAHOT Forum celebrating International Day Against Homophobia, Transphobia and Biphobia (17 May), the 2015 Rainbow Europe package highlights the complexity of the current situation for LGBTI people in Europe.

“We witnessed several countries making historic strides, while others have stalled in terms of their equality development.” commented Paulo Côrte-Real, Co-Chair of ILGA-Europe’s Executive Board. “The vital ingredient, present in so many of the countries who have climbed in our Rainbow Map rankings, was unshakable leadership from political figures and activist leaders, often in challenging contexts.”

Malta’s rise to 3rd in our rating is undoubtedly the most eye-catching story of the 2015 Rainbow Map. This is an improvement of 8 places (11th in 2014) with an overall score of 77% (57% in 2014). These numbers only tell part of the Maltese story – the substantial legislative and constitutional progress over the past 12 months was the platform for this climb into the Map’s top 3.

At the other end of the spectrum, the difficulties faced by LGBTI activists in Azerbaijan are clear; it lies at the bottom of the 2015 Map with only 5%. Our colour-coded representation of the current legal and policy situation for LGBTI people in Europe ranks 49 countries according to our ultimate benchmark of 100% equality. The fact that no European country has yet reached this magic number, and that the European average is lingering at just 42%, tells European decision makers that there is much work to be done in the coming months.

Our country, Bosnia and Herzegovina, achieved a percentage of equity of 29%, as well as Serbia. In the case of Bosnia and Herzegovina, this is a significant step forward, considering that last year our country has achieved a percentage of 20%, so that an increase of 9% can be considered only in connection with the further progress in the area of LGBT rights.

Part about Bosnia and Herzegovina can be viewed here.