Advocating or lobbying for the rights of women and LGBTI persons

From its beginning, SOC has cultivated the feminist approach to human rights, and understood the connection in the battle for human rights of women and human rights of LGBTI persons, since the cause or inequality of these groups in BiH is the same – patriarchy and a conservative society enslaved by tradition, religion and nationalisms. This made it clear that we would raise questions and advocate for the improvement of the human rights of these two groups

What others said about us: 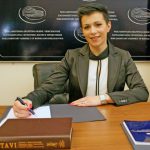 I have enriched my life greatly by working with the Sarajevo Open Centre and I have gained invaluable knowledge and experience on human rights. SOC is a team of young people who are pushing boundaries, fighting for the rights of all marginalized groups in our society and selflessly sharing knowledge, with a special hint of professionalism permeating their work and engagement.

Maja Gasal Vražalica, representative in the House of Representatives of the Parliamentary Assembly of BiH 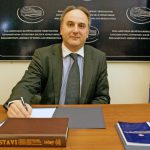 In a very short period of working directly with representatives and delegates from all political options, the SOC staff managed to create conditions for passing legal and amendment solutions following the best European practice regarding the promotion of gender equality, the protection of rights of the LGBT population and other vulnerable groups, which resulted in raising the general awareness of BiH citizens on the importance of such an approach. Without SOC, the promotion of these values would be brought down to a couple of lonely representatives, while the support for these values grew immensely through the activities of SOC.

Damir Arnaut, representative in the House of Representatives of the Parliamentary Assembly of BiH

The first advocating steps by the Sarajevo Open Centre in the area of human rights of lesbians, gay men, bisexual, transgender and intersexual persons were directed at achieving a regulation that would ban and adequately penalize violence and discrimination; as well as having consistent application of the regulation in all cases. As was pointed out in the text about the 10 most important events in the history of SOC, the first fruitful advocating activity by our organisation was amending the questionnaire for volunteer blood donors in FBiH, removing possible discrimination grounds for potential blood donors based on their sexual orientation. In our battle for removing this discrimination, SOC turned to the Institution of the Human Rights Ombudsman of Bosnia and Herzegovina which issued a Recommendation suggesting such a change. Our success was also helped by the protest of students from the Faculty of Philosophy in Sarajevo and the reactions of human rights activists for LGBTI persons in BiH. 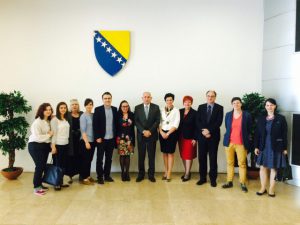 Legislative amendments in the field of anti-discrimination and hate crimes are a result of longtime work and coalition creation with other civil society organisations. The work of the Coalition for Combat against Hate Speech and Hate Crime, with Sarajevo Open Centre being a member, led to amendments of the Republika Srpska Criminal Code in 2013, and the FBiH Criminal Code in accordance with the amendments SOC drafted for this Coalition. SOC and other Coalition members started working on the amendments of the Criminal Code of the entities in 2012, following the media report about a brutal attack against a young gay man in Mostar; when it became clear that it was necessary to introduce harsher punishments for homophobic and transphobic hate crimes, crimes driven by nationalism or xenophobia. The amendments of the Criminal Codes of BiH entities stipulate harsher punishments for crimes driven by hatred or prejudices against LGBTI persons based on their sexual orientation and/or gender identity, in order to send a clear message that violence against minority groups in a society is not allowed. Alongside advocating for amendments of the legal frame, SOC also advocated for the training of policemen and policewomen on LGBTI human rights and proper investigation of hate crimes, independently and as part of the Coalition. This resulted in permanent training on this topic for policemen and policewomen of Sarajevo Canton in 2015 and in the implementation of the Train the Trainer program in 2016 for police educators from other cantons in FBiH who would hold permanent training for police officers in their ministries by the end of 2017.

In 2012, SOC worked on the protection of LGBTI persons against discrimination, trying to initiate the improvement of the existing Anti-Discrimination Law in BiH. SOC had already started a conversation with the Institution of the Human Rights Ombudsman of Bosnia and Herzegovina, the Agency for Gender Equality in BiH and Gender Centres of the entities as competent institutions for gender equality issues on the necessary amendments to this law and a more proactive approach to the protection of human rights of LGBTI persons. The Initiative for the Monitoring of EU Integrations was formed as a platform to work on the improvement of human rights of BiH citizens within the EU accession process. In 2015, within the Initiative, SOC started stronger advocating which led to a better cooperation with the Ministry of Human Rights and Refugees BiH and passing amendments to the Anti-Discrimination Law of BiH in 2016. Amendments to the Anti-Discrimination Law of BiH give clearer definitions of the terms “sexual orientation” and “gender identity” (in 2009, when the Law was passed, these terms were cited as “sexual orientation and expression”), ban the discrimination against intersexual persons on the grounds of their sexual characteristics. Since 2013, SOC has organised annual training on hate crimes and discrimination for judges and prosecutors, independently or in cooperation with the Heinrich Boell Foundation, OSCE Mission and Centres for the education of judges and prosecutors in both entities.

Wishing to encourage institutions to take a proactive approach to protecting human rights of LGBTI persons, the Sarajevo Open Centre has been advocating the creation of the Special Report on Human Rights of LGBTI persons by the Institution of the Human Rights Ombudsman of BiH since 2013. Although this initiative was supported by a large number of other civil society organisations, the Institution of the Human Rights Ombudsman dragged their feet on starting to work on this report. In 2015, the cooperation between the Sarajevo Open Centre and the Joint Committee on Human Rights of both Houses of the Parliamentary Assembly of BiH resulted in a theme session on human rights regarding the 17th May. This session was the first event of its kind, during which an Institution in BiH discussed the rights of LGBTI persons and the future steps for their improvement. There were two conclusions at the theme session. The first one was that the Anti-Discrimination Law had to be changed in order to adequately describe sexual orientation and gender identity, and the other was that the Institution of the Human Rights Ombudsman had to make the Special Report. This Report was made and published late 2016, and it is the first report by an Institution in BiH issuing clear recommendations for all government institutions to eliminate present instances of human rights violations of LGBTI persons.

In May 2017, in cooperation with the Joint Committee on Human Rights of both Houses of the Parliamentary Assembly of BiH, the Gender Equality Committee of the House of Representatives of the Parliamentary Assembly of BiH, the Agency for Gender Equality of BiH and the UNDP Office in BiH, another theme session was organised with the focus on human rights of transgender people, the issue of legal recognition of consequences of living in another gender identity and gender reassignment. SOC presented its Law on Gender Identity to the people present, and an activist for the human rights of transgender people talked about his own experience.

Human rights of women – support for women’s organisations, a battle for gender equality in the private and public life

The second recommendation by SOC was about passing amendments to the Law on Amendments to the Election Law of BiH which would regulate the obligation for political parties to ensure equal numbers of men and women on candidate lists (50% each sex), with alternating order of male and female candidates, to increase the number of women in parliaments and assemblies. The political parties which would not respect this provision would not be eligible to partake in the elections, and the respect of this provision would lead to greater representation of women in legislation bodies. The Gender Equality Committee of the House of Representatives of the Parliamentary Assembly of BiH accepted this recommendation and directed the bill into procedure. However, the bill did not pass its first reading.

The work of SOC regarding the human rights of women includes also offering support for other organisations of the civil society in their intention to improve the position of women in the BiH society. Thus, in 2015, SOC supported a group of other organisations, consisting of Medica Zenica, Foundation of Local Democracy Sarajevo, Vive Žene Tuzla, BiH Woman Mostar, Women from Una Bihać and Women to Women Sarajevo, when they filed a complaint to the Institution of the Human Rights Ombudsman of BiH to investigate the systematic violation of the Law on Protection against Domestic Violence in the Federation of BiH, with special focus on not recognizing and completely excluding safe houses with the legal status of association and foundation from the Draft Law on the Amendments to the Law on Protection against Domestic Violence in FBiH, which was in Parliamentary procedure at that time.

In order to draw attention to the insecure financial position of safe house in the entire BiH, especially in the Federation of BiH, the participants of the SOC Žarana Papić School of Feminism, SOC representatives, association Vive Žene from Tuzla, Medica from Zenica, Cure Foundation, and citizens taking part in the campaign 16 Days of Activism against Gender-based Violence in 2015 they organised an activity in front of the Parliament of FBiH during the discussion on the Draft Law on the Amendments to the Law on Protection against Domestic Violence in FBiH. The message was that safe houses deserve the legal right to state support, that one safe house ensuring accommodation for 25 survivors of domestic violence needs on average 240,000 KM to function properly, and that FBiH secures only a tenth of the necessary funding. It was also emphasized that the state should cooperate with non-governmental organisations which offer such help and protection and to ensure better treatment for victims of violence. With the recommended amendments to the Law on Protection against Domestic Violence in FBiH, the Ministry is threatening to leave the survivors without the help they enjoyed so far. It was requested for the amendments to be withdrawn from the procedure, and they were not adopted in the end.

In 2016, SOC together with Maja Gasal Vražalica, a representative at the Parliamentary Assembly of BiH recommended amendments to the Law on Sport of BiH, which were adopted and thus the provisions ensuring gender equality were improved and the obligation of gender-sensitive budgeting was introduced in the area of sports in BiH.

In 2017, the Gender Equality Committee of the House of Representatives of the Parliamentary Assembly in BiH supported by the Sarajevo Open Centre held a theme session on the improvement of rights stemming from the legal employment status, connected with motherhood and fatherhood. They presented a set of recommended amendments to the Labour Law of FBiH, developed by SOC, containing measures of protective nature (inappropriate questions on family status, marriage and pregnancy plans during job interviews), and stimulating measures for fathers to use parental leave more in order to gradually shift the role perception of men and women in realizing their family lives and participating in social life. In the following period, SOC will be working with other civil society organisations and representatives at the Parliament FBiH on advocating the adoption of these recommendations.