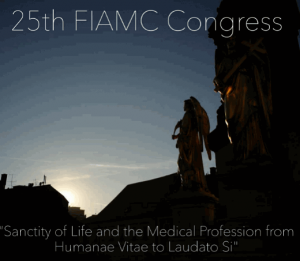 We grant support in defending women’s reproductive health rights in Croatia, including the right to abortion. We are sharing their letter.

“The 25th Congress of the World Federation of Catholic Medical Associations – FIAMC, entitled the “Sanctity of Life and the Medical Profession – From  Humanae Vitae do Laudato Si” is currently in progress in Zagreb.The Congress is held on the 50th anniversary of the encyclical of Pope Paul VI. “Humanae Vitae” from 1968, which not only opposes abortion but also contraception, labeling it a symbol of selfishness and irresponsibility in society.

It is no coincidence that Croatia was chosen as the host country for this year’s Congress. According to the decision of the Croatian Constitutional Court, new abortion legislation must be adopted by March of next year, while those aiming to limit women’s right to govern their own bodies and lives are becoming increasingly vocal.When presenting the operation of the Croatian Catholic Medical Society, the president of the society Ana Planinc-Peraica, stated that their founding principle and mission is advocating for the so called culture of life – life from conception to natural death. The messages
Pope Francis issued to the Congress is, therefore, even more indicative – the Pope stated that it is their task to intervene in debates concerning legislation governing issues like “pregnancy termination, euthanasia and genetic medicine.”

A further source of concern is the fact that this Congress for banning abortion is under the auspices of the Croatian Medical Chamber, the President of the Republic of Croatia and the City of Zagreb. In a time where we are witnessing the collapse of the healthcare system which is failing to meet the basic healthcare needs of the population: from
access to treatments for rare and severe conditions to endangering women’s reproductive health rights, acquired long ago, like the right to abortion – we find it unacceptable that public money is being used to finance such a powerful and affluent institution, an institution which is a symbol and part of the medical profession which has betrayed the secular principles of its calling.

Working with the aim of banning abortion and contraception is contrary to the medical vocation. The postulates of Catholic Church are contrary to the medical vocation. Conscientious objection in healthcare is neither recognized in biding international documents nor supported by existing human rights standards. Nevertheless, 182 gynecologists out of a total of 338 employed in public hospitals in Croatia, namely 54% of them, are conscientious objectors, while other
medical staff frequently uses the same argument. This makes abortion in Croatia inaccessible, despite being legal. Congresses like this, therefore, exert pressure not only on the medical profession, healthcare system and women’s reproductive health rights, but also thesecularity of the State guaranteed by the Croatian Constitution.”