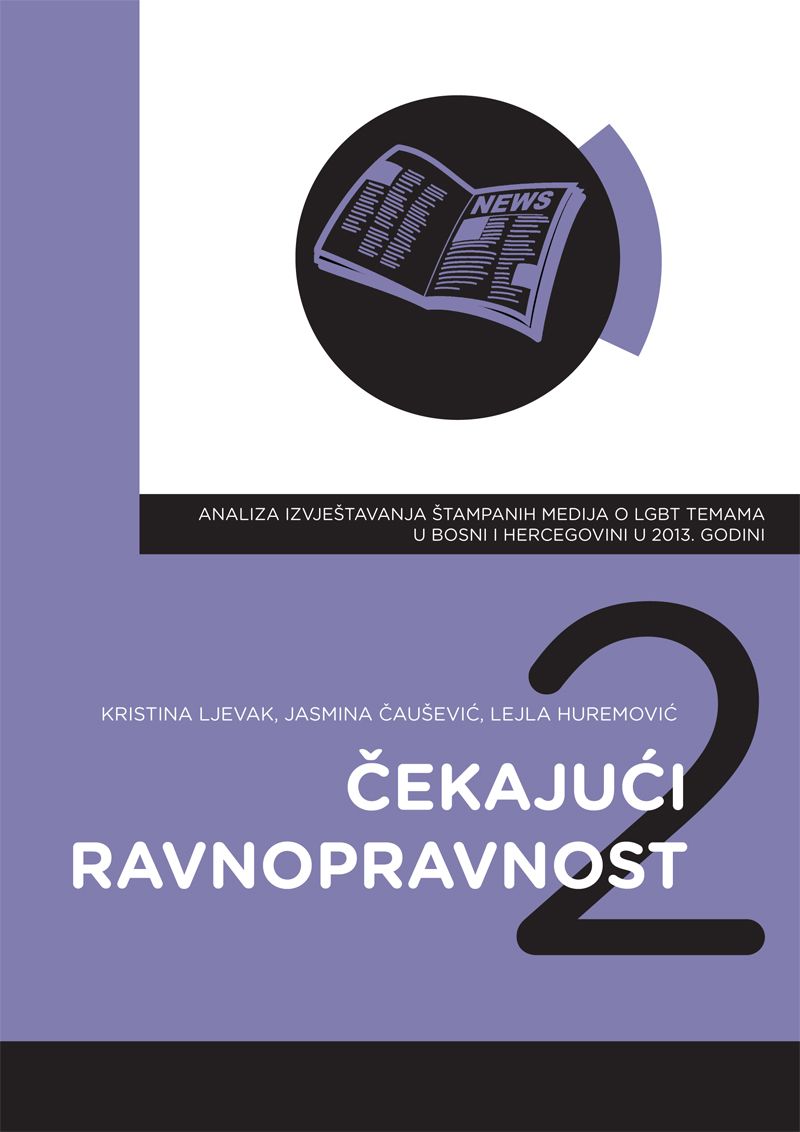 The media analysis Waiting for Equality 2 is an extension of the monitoring of reporting on LGBT themes in the BiH print media that Sarajevo Open Centre is announcing for the third year in a row.

The authors performed this analysis using all of their previous knowledge and experience from the 2011 and 2012 media analyses. They are grateful to have gotten the opportunity to monitor the level of contribution of the print media to the battle against discrimination against LGBT and queer people in the media sphere in BiH.

Before starting with general information about the analysis, the results from previous research projects is presented in short. It shows how LGBT people see the role of the media when it writes about them and their needs and problems. The analysis provides an explanation and a legal framework in which the BiH media operates. Since the theoretical framework is an irreplaceable part of the process of analyzing the media, the authors focused on new media with a special focus on the position of print media in the time of media digitalization. They also call attention to the strategies of manipulation that the media use. Although it’s not directly connected to research on LGBT themes, the text Quiet Weapons for a Quiet War is an obligatory read for anyone who deals with media. The chapter finishes with a reminder of why it’s important to analyze the content the media publishes as well as with a complaint to the Council for Print and Online Media that recalls specific texts.

The central part of the text is an analysis of collected media content. This part contributes a statistical point of view, including 20 print media sources (dailies, weeklies, and monthlies). Further in the chapter, they analyze positive and negative media practices, putting special emphasis on individual texts that are witness to media (ir)responsibility, as well as those that belong in the Believe it or Not section, not in the news.

The analysis was performed with the support of the Open Society Fund BiH.