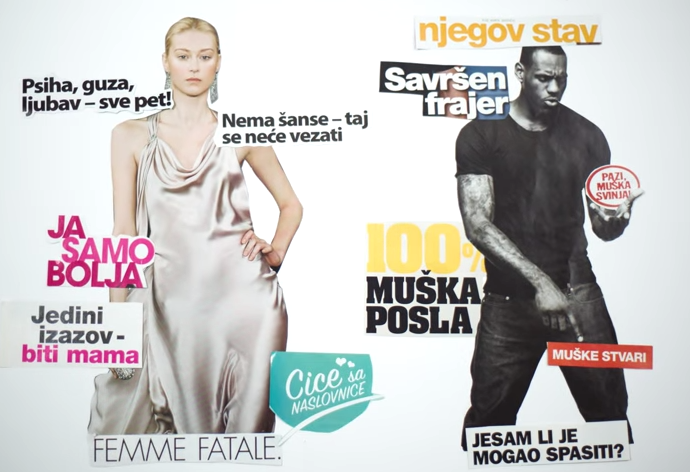 In this short video, we are giving an explanation of one of the basic concepts which is a part of personal identity that relates to ones own gender self-conception. Gender identity is often the basis upon which many LGBT people are discriminated against or victims of different types of violence.

Gender identity is a person’s private sense and subjective experience of their own gender. This is generally described as one’s private sense of being a man or a woman, consisting primarily of the acceptance of membership into a category of people: male or female.All societies have a set of gender categories that can serve as the basis of the formation of a social identity in relation to other members of society. In most societies, there is a basic division between gender attributes assigned to males and females. In all societies, however, some individuals do not identify with some (or all) of the aspects of gender that are assigned to their biological sex.

In most Western societies, there exists a gender binary, a social dichotomy that enforces conformance to the ideals of masculinity and femininity in all aspects of sex and gender: biological sex, gender identity, and gender expression. Some societies have third gender categories that can be used as a basis for a gender identity by people who are uncomfortable with the gender that is usually associated with their sex; in other societies, membership of any of the gender categories is open to people regardless of their sex.

Video available only in BHS languages, without English subs.