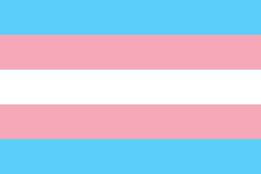 On the basis of Law on Personal Names and practices of other Ministries of Internal Affairs in other cantons, which allowed the name changing process not in accordance with a sex marker, together with Tuzla Open Centre, we approached the Institution of Ombudsman for Human Rights. We wanted to obtain a useful response that can be used for future practice in case of name changing process on personal documents by people who choose gender neutral names or traditional names that are not in accordance with sex marker on their  personal documents.

Article 14. of the Law on Personal Names dictates the requirements for  the name changing process  appeal, and it does not list requirements such as sex reassignment process or the name having to match the sex marker in personal documents. As far as the person encloses all the required documents and proves that they are not being prosecuted, convicted, without legal consequences, internationally prosecuted, and if it proves that they are not trying to avoid  obligations determined by authorized officials, there is no legal reason why the  name changing process would not be allowed.

As a proof of previous practices of ministries in other cantons, we attached the decision on the name changing process issued by Ministry of Internal Affairs in Unsko-sanski Canton based on Article 200. of the Law on Administrative Proceedings, Article 15. part 1., and Article 14. part 1. of the Law on Personal Name in Federation of Bosnia and Herzegovina. The decision lists the reasons why the process was allowed and it provides that after they did their research and reviewed all the information provided by the Prosecutor’s  office  in Bosnia and Herzegovina, and Police administration acts (they reviewed the  misdemanors and evidence of misdemanors).

We consider that the prevention of the the name changing process and de facto prevention of changing the name is a discrimination against a transgender person on the basis of gender identity. Furthermore, this violates the Law on the Prohibition of Discrimination and the decision  is not in accordance with the Law on Personal Name of Bosnia and Herzegovina, which states that all persons have the right to a name changing process if the required documents are submitted and prove that the appeal is issued in accordance with the law, irrespective to socially constructed „gender of the name“.