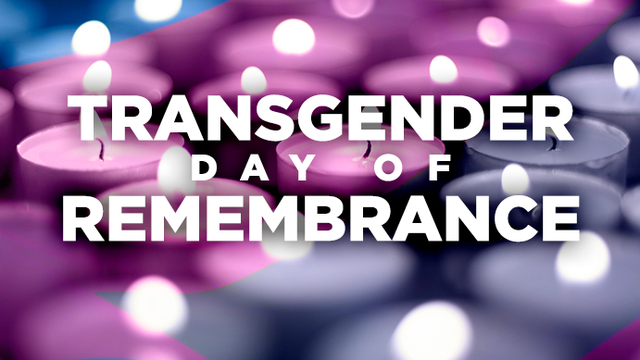 Today, on November 20, people around the world are observing Trans* Day of Remembrance (#TDoR) to honor and memorialize those who are no longer with us.

TDoR is the day when we remember those who were victims of homicide, violence and brutal torture, because of their gender identity or simply because their gender expression does not fit into the binary heteronormative matrix. Today we aim to draw attention to this burning problem.

We live in a world of violence, and violence against transgender and transexual people, almost always goes underreported. If we stop talking about violence, murder and torture of transgender people, chances are those stories will go into oblivion.

TDoR has started in memory of Rita Hester, trans woman who was murdered in her apartment in 1998. Since then hundreds of trans* people were killed. TDoR was founded in 1999 by Gwendolyn Ann Smith, trans woman who is columnist and activist and advocate advocates for the rights of transgender people.

Only this year, 271 people were killed worldwide. But these are only reported cases. What about those who were not registered, cases that were characterized differently than how they should be called – a hate crime!

Every year Transgender Europe (TGEU) issues a report (http://tgeu.org/tmm-idahot-update-2015/) with most recent data, monitoring hate crimes towards transgender people. This year, highest rate of murders happened in Brazil (118), in Pakistan there were 7 reported, and when it comes to Europe – there were 3 cases reported in Turkey, among other countries. Number would most likely be even higher if the killings and torture of transgender people, whether occurring in public space or in the house, as domestic violence, was recognized by the investigating authorities and described as hate crimes instead of random murders.

We are here and we have a lot of work, on the plate. The rights of transgender people start from a basic human right, that many of us take for granted, and it is – the right to exist! The right to live free of violence.

The number of trans* people who are out is increasing over the years, but also the number of hate crimes and murders rises, as well. Horrible fact is that more and more young transgender people who are brave enough and have decided to live their lives authentically became victims of extreme violence, torture, rape and murder. A large number of cases where violence happens are in homes and sometimes by parents. In one of the countries, where there was a reported murder of transgender person, the father beat to death his daughter (transgender girl) because he tried to teach her to behave like a man. Such cases are happening in BiH and remain underreported.

It should be noted that the highest number of murders of trans * people is happening in countries where trans * movement is quite strong and visible. This does not mean that we shouldn’t continue to work on it.

For transgender people, visibility is the key. It is important to note that anyone can be a victim of transphobia. People who identify themselves as transgender, people whose gender identity does not fit the typical binary norms, people who are not “man” enough or “women” enough are under attack. Sometimes the look itself or gender expression could trigger violence.

Unfortunately we live in a world of violence, and our task is to break this cycle. We must talk about transgender issues, we must acknowledge people in their full dignity with their names and identities, and we must educate others.

Today, we honor and memorialize those who are no longer with us. We honor them because they were brave to live their lives, even though they were sometimes considered as local fools, but for any o those trans* people (mostly trans women) it was a cover for bare survival. Such was and S., who was brutally murdered ten years ago in a neighborhood in Sarajevo. No one wrote about it, because what did they know what it means to be a transgender person. But she knew very well who she was. 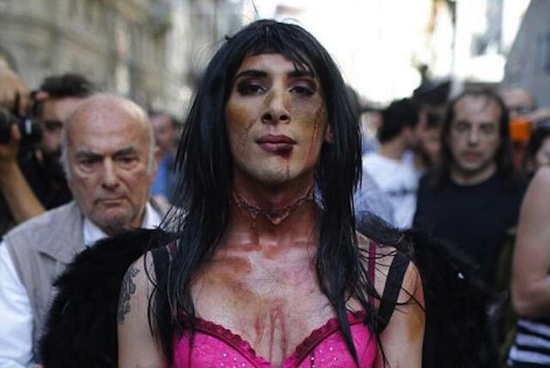 We honor the dead, and acknowledge the courage of living ones!

Today, we invite you to symbolically mark the day.

If you look around, you will realize that you, yourself know at least one transgender person. We are all part of one system. And together we will continue the fight!