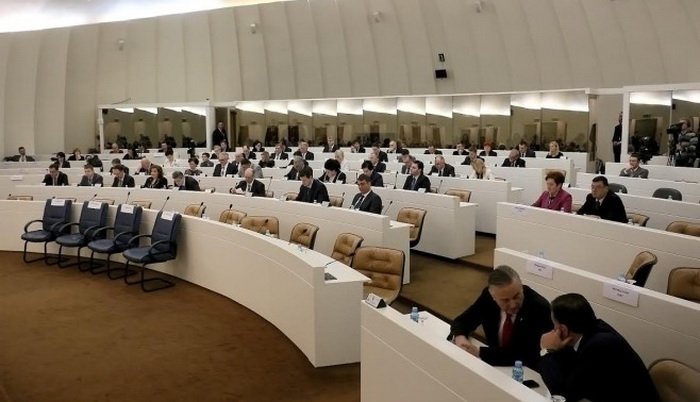 The session of the House of Representatives of the Parliamentary Assembly of B&H is scheduled for Tuesday, 5 April 2016, and in addition to several other draft laws the three laws drafted with the input from Sarajevo Open Centre will have their first reading.

These are the laws in question:

The amendments to the Law on Human Rights Ombudsman of B&H have been on the agenda of the Council of Ministers since 2014. During 2015 the Initiative for Monitoring the European Integration of B&H, which is coordinated by the Sarajevo Open Centre, had been involved in this process. As a result of our work, we created and presented the model of the law on Human Rights Ombudsman. During 2015 we cooperated with the Ministry of Human Rights and Refugees of B&H and, in that way we were able to influence more that 30% of the draft law.

The Council of Ministers of B&H established in March 2016 the draft Law on Human Rights Ombudsman and forwarded it to the legislative procedure. The draft Law, in comparison to the existing, applicable law: a) contains better defined responsibilities of the Institution of Ombudsman, b) delegates authority for implementing the Ombudsman appointment procedure to the Joint Commission for Human Rights, c) and introduces the division of the areas of work and affairs among the Ombudsmen. However, as the draft Law has a number of shortcomings, in addition to these positive changes we decided to write a comment on the draft Law as well as to propose amendments. Our greatest objections relate to a) the discriminatory structure of the three Ombudsmen who will, because of the decision-making process present in the Parliament, always be elected from the three constituent peoples, b) insufficiently clear division of powers among the individual Ombudsmen and the Ombudsmen as a collective, and c) the financial independence of the Institution. On 31 March 2016 we presented these objections to the Parliamentary Joint Commission for Human Rights and we hope that, in the process of the Law adoption, there will be some further work on the Law.

In 2015 we worked on amendments of the Law on Prohibition of Discrimination of B&H. Early in 2015 we created an analysis of compliance of the Law with the EU acquis, and for the working group for drafting amendments to the Law we prepared a package of amendments with the accompanying explanations. The working group adopted some of our amendments, and through dialogue with the Ministry of Human Rights and Refugees we managed to improve some of the other provisions of the Law as well.

In December 2015 the Council of Ministers of B&H established the bill on amending the Law on Prohibition of Discrimination of B&H. Besides the procedural issues, the amendments provide for introduction of age, disability, sexual orientation, gender identity and sexual characteristics as grounds protected from discrimination. The Law introduces the prohibition of discrimination on the basis of association with a vulnerable group, and the definitions of harassment and sexual harassment are improved. Incitement to discrimination is no longer limited to questions of religious, ethnic and race hatred, but is from now on prohibited on all grounds.

On the agenda for 5 April 2016 there will also be the proposal to amend the Sports Law of B&H, whose proposer is the MP Maja Gasal Vražalica. Sarajevo Open Centre had the honor to cooperate with Ms Gasal Vražalica and to, together with her, draft the amendments to the Sports Law that relate to gender equality, prohibition of hate speech and access to sport for all minority groups.

We hope that all three proposals will get unanimous support from the MPs (representatives and delegates in the B&H Parliament) and that they will therefore lead to an improvement in terms of gender equality and the rights of LGBTI persons, as well as lead to a better protection of human rights of all citizens.

Sarajevo Open Centre will continue to work on these issues in the upcoming period.